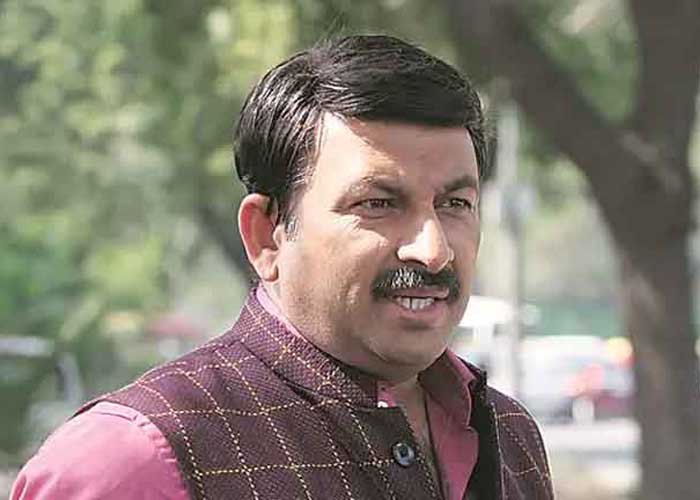 Delhi BJP chief Manoj Tiwari has said he is not against the odd-even scheme of the Aam Aadmi Party government but the lack of public transport, for which the Arvind Kejriwal government did nothing.

Tiwari said the Delhi government should have first strengthened the public transport, if it wanted to check the vehicular air pollution.

“We are not against the odd-even, but we will become a supporter of it only after the government strengthen public transport,” he said.

Also a member of Lok Sabha from the North East Delhi constituency, Tiwari accused the Kejriwal government of not doing any work to check the air pollution here and said all they did was Odd-Even and still the AQI was so high.

“They only created troubles for the people,” Tiwari said.

On being asked about Member of Parliament from East Delhi Gautam Gambhir being missing from a meeting of a parliamentary standing committee to discuss the rising levels of air pollution in the national capital, Tiwari said the AAP cannot blame an MP for air pollution.

The meeting of the parliamentary standing committee eventually was postponed as most participants skipped the meeting. Out of the 29 members, only four were present.

While Gambhir did not reject the claim that he was doing cricket commentary for the test match between India and Bangladesh, Tiwari said Gambhir went to Indore to attend a family function.

He also said that the AAP was taking a dig at Gambhir so that people will not focus on the Delhi government’s failures.

“Air pollution is Kejriwal’s responsibility. If parliamentarians are supposed to run Delhi then Kejriwal should step down. MPs will run it.”

Tiwari also said that Gautam was not the only member of the parliamentary meeting.

“If he did not attend the meeting, can you blame him for the pollution here? Gambhir had to attend a family function. He was busy for that,” Tiwari said.

He said the AAP raised the issued as they want to divert the people’s attention.

He said the Centre and MCD is doing all they can, but eventually, it is the responsibility of the Delhi government.

“The AAP government is not giving funds to the MCD. We are getting funds from the Centre. Also, the MPs are not responsible for the pollution nor for its solutions. We still can list the work we have done.

Tiwari said Gambhir has written to the parliamentary committee his statement, his presence was not necessary.

He listed that the Centre gave the city Eastern and Western Peripheral Expressways, despite being the opposition here.

“We ensured that close to 15 lakh unwanted vehicles are kept away from the city so that the air pollution can be controlled. We are also building highways so that the congestion can be checked.

On being asked that the AAP government too are reducing the vehicular pollution, he said the BJP ensured that the unwanted trucks and vehicles were kept away.

“But the vehicles which are stopped during odd-even are coming to Delhi for work. The people are travelling in Delhi for work or going to office or home. Their movement is important and unavoidable. Any disruption means you are creating troubles for the people,” he told.

He explained that people may use public transport, if you stop them from using their private cars, but “where are the buses”.

“People have to wait for long hours for buses. There are people who use cars as they don’t have proper public transport connectivity. Kejriwal could have given proper buses and have ensured that they run on all routes before implementing the Odd-Even.”

He said Kejriwal keeps people busy in Odd-Even and tries to divert the attention from main issues.

The AQI in Delhi reached 500 and this shows that the odd-even is not a solution to deal with pollution. This is creating trouble for people.

He also said people buy one car with hard-earned money, and you are saying that they should not use it.

“How can this be a solution when public transport is not strong. Most of the cars in Delhi are used by working-class people, who need to go to their office. The person cannot escape the office, so he will come out and may take a cab. This means they will have to pay more for their trip. The government should have strengthened the public transport system before they ask people not to use cars.”

They are not able to purchase buses and are using private buses even for odd-even, he added.

The tenure of the Kejriwal government is ending in February 2020.  (Agency)