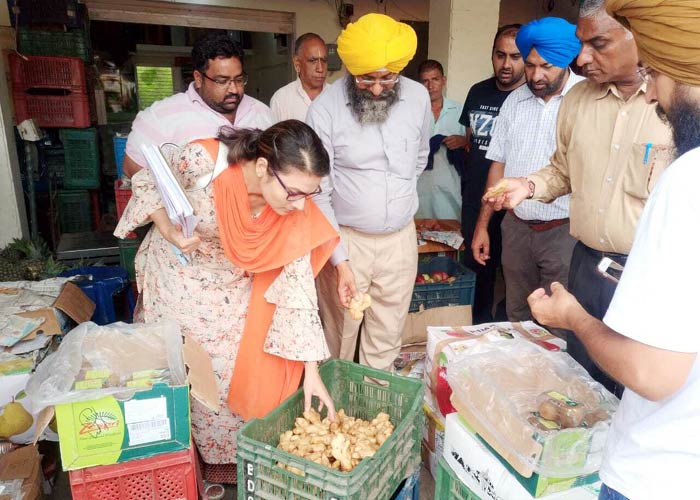 A host of teams including those constituted at Divisional, District and at the Market Committee level were assigned the task. The teams comprised of the officials of Mandi Board, Food Safety and the Horticulture Department searched the mandis for unsafe ginger as well as rotten and unscientifically ripened fruits and vegetables.

Allaying fear of sale of unhealthy ginger, Pannu informed that no such ginger was found in the vegetable markets. However, on an aggregate around 140.40 quintal rotten fruits and vegetables were found and destroyed on the spot, said he.

It is pertinent to mention that since past few days posts were going viral on social media and was also being reported on certain news channels that sale of acid cleaned ginger was rampant in the country.

The ginger cleaned by acid enhances its appearance and is assumed to be of better quality, which subsequently fetches higher sales. Mandated by this, an extensive search was made in the vegetable markets. However, no sign of the malpractice was seen in the Punjab mandis, informed Pannu.