Home National No fear, jail will be a new experience: Aishe Ghosh 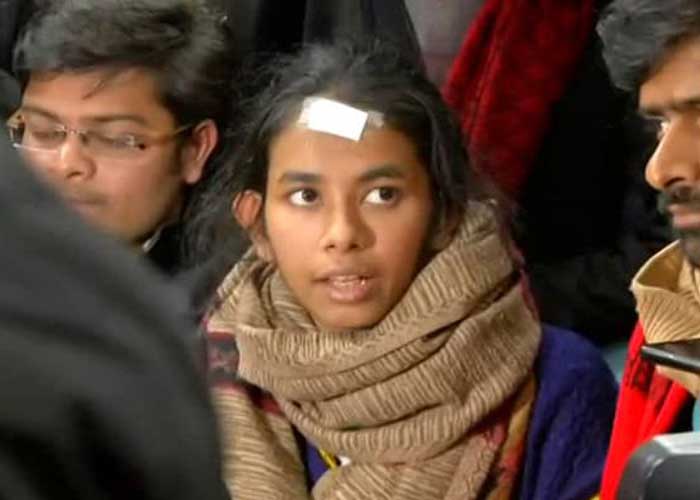 Minutes after she was named as a suspect by the Delhi police for the violence that broke out at the Jawaharlal Nehru University (JNU) on December 5, JNU Students Union (JNUSU) President was seen reading a newspaper while sitting on a mattress with a heater by her side.

While her friends are fearing her arrest, Aishe Ghosh remained calm as she said, “Why should I fear? It’s going to be a new experience if I get arrested.”

The Delhi Police on Friday released images of nine suspects in the JNU violence case, claiming that Ghosh had led a mob which attacked the Periyar hostel on the campus last Sunday.

Ghosh accused the Delhi Police of conducting a biased probe into the case and claimed that though she was in the video, she didn’t lead the mob but was actually telling them to not indulge in violence.

“I was in the video, yes, but I was not leading the. As the President of JNUSU, it is my duty to reach such places and calm down the situation for peace and harmony on the campus,” Ghosh said.

When asked if the JNUSU or she herself was involved in destroying the server room of the university to disrupt the registration process, Ghosh claimed that the students union was not involved in any such act.

“Not at all, we have minutes of every general body meeting where we have made it clear that no one will force students to not register,” the SFI activist said.

“They say over 3,500 students have registered. If that is true, then how could we force anyone to not register? Those who want to register can go ahead,” she said.

Ghosh also accused the Delhi Police of conducting an one-sided investigation into the matter.

“They have not yet acted on the FIR I lodged, but have named me as a suspect. Did I injure myself? They are not working independently,” she said.

Ghosh, who hails from Durgapur in West Bengal, was allegedly hit on her head with an iron rod during the violence on campus last Sunday. She had received 15 stitches on her head and a hair line fracture on her hand.

“I was advised by doctors to have complete rest for at least a week after the incident, but the movement for students’ rights is above everything,” she said.

When asked if she was worried about her security after the incident, Ghosh shot back, “What worry? It’s us who have to keep the campus safe. I even went to my hostel after the incident without any fear,” she said.

Ghosh has been leading the JNU students’ agitation against the proposed hike in hostel fees since October 28 last year. However, pictures of blood oozing from of her head on January 5 have catapulted her stature to that of a national students’ leader.  (Agency)