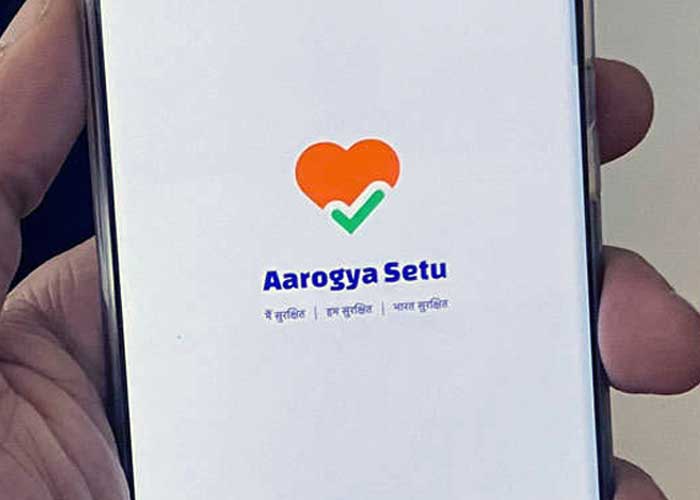 New Delhi, Oct 28, 2020-
There is no confusion over who created the Aarogya Setu application as National Informatics Centre and Information Technology Ministry have made it along with the private partnership, Abhishek Singh, CEO of MyGov and Digital India Corporation clarified on Tuesday after the Central Information Commission issued a notice to the government for evasive answers on who created the app.

The National Informatics Centre, which designs government websites and comes under the IT Ministry, said to an RTI reply that it has no information about who has created the Aarogya Setu app and how it has been created. Aarogya Setu’s website also shows that the app was developed by the NIC and the ministry.

Singh clarified, “There is no confusion on who created the Aarogya Setu application as National Informatics Centre and Information Technology Ministry have made it along with private partnership. Our country’s best minds have made the application.”

He said that a detailed press release will soon be issued.

The development comes on the basis of a complaint filed by one Saurav Das, stating that the relevant authorities — the NIC, National E-Governance Division (NeGD) and Ministry of Electronics and Information Technology (MeitY) — had failed to furnish information about the process of creation of Aarogya Setu App and other information relating to its creation.

ALSO READ:
Ministry of Electronics, NIC have no information about who created Aarogya Setu App: Report

He submitted that the RTI was filed with the NIC, which stated that it “does not hold the information” relating to the app’s creation, which is very surprising since it is the app’s developer.

The Central Information Commission has now issued the notices to the Chief Public Information Officers, Ministry of Electronics, National Informatics Centre and National E-Governance Division seeking to know as to why penalty under Section 20 of the RTI Act should not be imposed on them for prima facie obstruction of information and providing an evasive reply on an RTI application related to the Arogya Setu App.

The report said that CIC also asked the NIC to explain that when in the Aarogya Setu website it is mentioned that the platform was designed, developed and hosted by it, then how is it that it does not have any information about the creation of the App.

“The Commission directs the CPIOs, NIC to explain this matter in writing as to how the website https://aarogyasetu.gov.in/ was created with the domain gov.in, if they do not have any information about it,” Information Commissioner Vanaja N. Sarna ordered.

“None of the CPIOs were able to explain anything regarding who created the App, where are the files, and the same is extremely preposterous,” Sarna said.

“The Commission directs the above-mentioned CPIOs to appear before the bench on 24.11.2020 at 01.15 pm to show cause as to why action should not be initiated against them under Section 20 of the RTI Act.” (Agency)