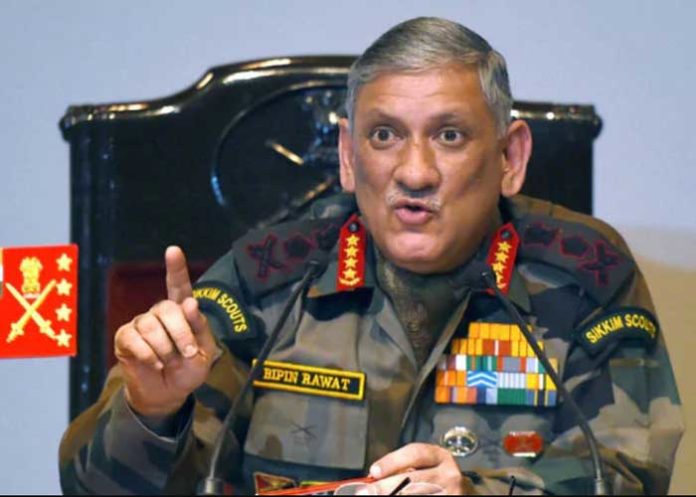 Army Chief General Bipin Rawat on Saturday dismissed there was any incursion on the Line of Actual Control (LAC) in Demchok area of Ladakh and said the issue had been sorted out in a flag meeting.

Talking to media on the sidelines of an event, General Rawat said: “The issue was raised in a flag meeting and everything has been sorted out. You need to dispel this myth that there has been any intrusion or activity by the Chinese that is detrimental to our security.”

On July 6, the Chinese side had raised objections to Tibetan spiritual leader Dalai Lama’s birthday celebrations by some locals on the Indian side. The Chinese personnel had shown them banners saying, “ban all activities to split Tibet”. There was sloganeering from both sides and the situation was diffused.

Stating that India had a good working relationship with the China, the General said: “Any time, any thing happens, we have the local commanders talking to each other. I don’t think, there is any fear on this.”

About the situation on the Line of Actual Control, the General said: “There are different perceptions on the LAC. They have a perception on the alignment of their LAC and we have our own view. There are gaps in between, so both sides patrol and come into each others’ areas.”

According to Rawat: “The Chinese come and patrol their perceived LAC, which we try and prevent. We try to reach out to our LAC or visit areas based on the limit of patrolling given to us.”

About the Demchok incident, he said: “The Tibetans carried out some celebration in the sector and to see what was happening some Chinese crossed over to this side. There has been no intrusion and everything is normal.”