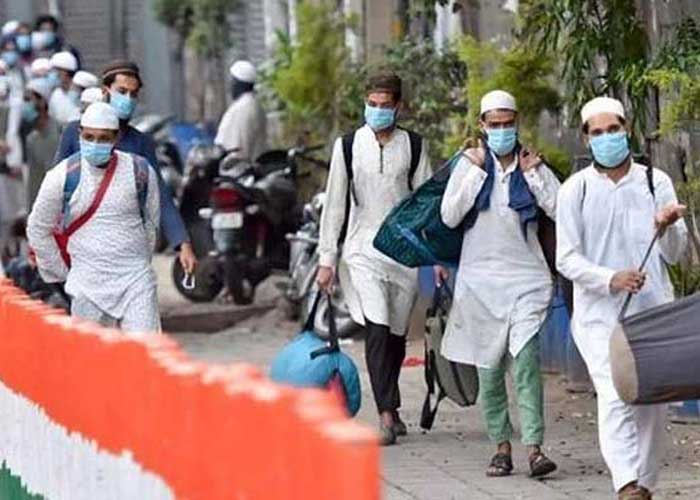 Even as the Delhi Police continued to evacuate people from the Nizamuddin Markaz, the entire area of Hazrat Nizamuddin Basti and Nizamuddin West have been sanitised.

According to the SDMC, 40 DBC workers with shoulder mounted knapsacks pumps and jetting machine have been spraying the area with disinfectant twice a day. Sanitation workers with 4 auto tippers are maintaining proper sanitation in the area.

The police cordoned off a large part of Nizamuddin West as several people showed coronavirus symptoms after taking part in the religious gathering, Delhi Health Minister Satendra Jain said. 1,033 people had been shifted out, he added.

Jain said 24 people have tested positive, 700 people who attended the congregation had been quarantined and 335 admitted to hospitals. All those who participated in the event were being screened, he added.

The police have identified over 1830 attendees of the religious congregation earlier this month.

On Monday, Chief Minister Arvind Kejriwal ordered filing of FIR against ‘maulana’ who led the congregation.