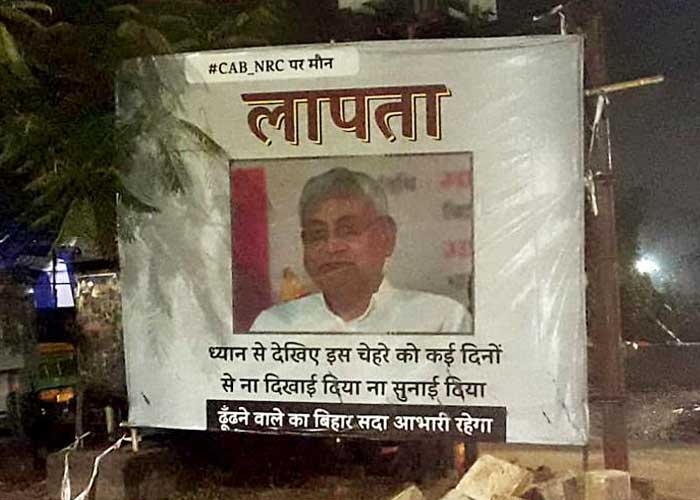 It is not yet known who put up the posters targeting the Chief Minister at various locations including Veerchand Patel Road, Airport Road as they don’t carry the name of any person, party or organisation.

Some of the posters read: ‘Deaf, dumb and blind Chief Minister’ below which there is a photograph of Nitish Kumar and then it is written ‘Missing, missing, missing’.

Another poster reads: “Silent on #CAB-NRC… Missing… Watch this face with attention, he has neither been seen nor heard… Bihar will forever be indebted to the person who finds him.”

“Invisible Chief Minister – who is seen only when he takes the oath.”

These posters have gone viral on social media also.