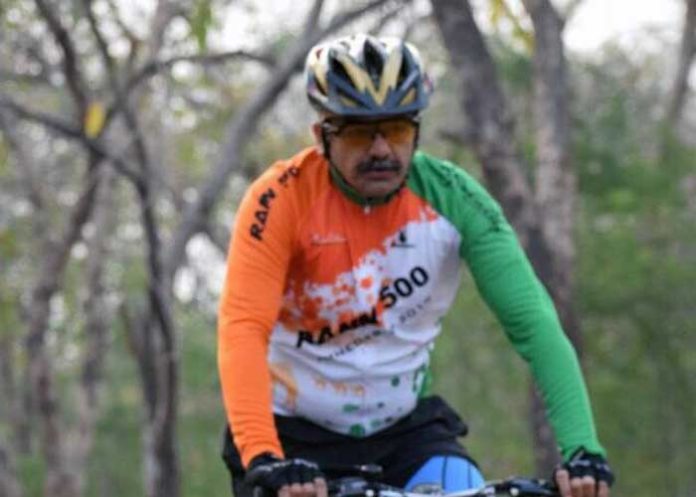 Indian Army’s Lt Gen Anil Puri, 56, is among six army men selected to participate in the oldest cycling event in France in August this year. The gruelling Paris-Brest-Paris (PBP) event, which needs the participants to cover over 1,200 km in 90 hours over hilly terrain, is held every four years.

Commissioned into the Army in 1984 and having served in two UN missions – in Sierra Leone and Mozambique, Puri is a fervent cyclist. This is, however, the first major international cycling event in which he, presently posted in the Chief of the Army Staff’s Secretariat, will be participating.

The gruelling nature of the cycling event can be gauged from the fact that a participant has to cumulatively climb around 31,000 feet in completing the entire circuit from Rambouillet on the outskirts of Paris to the Brest military port on France’s western tip and back.

A berth in the PBP can be assured to a participant only if he has completed at least one 1,000-km non-stop cycling event during his career.

There are 15 time stations along the route with stipulated opening and closing times that makes the event all the more challenging. As the road on which the race is held is barely wide enough to allow two trucks to pass, participants are released from the start point in batches of 300 each. Riding along this track is not without its share of risks. There is no backup support from the organisers and breakdowns and emergencies are to be handled solely by the participants.

Around 7,000 participants, with an average age of around 40 years, from across the globe take place in the event in each edition.

In order to meet the challenges to be encountered during the race, Puri has been conditioning himself, physically as well as mentally, for the past several years. He follows a strict exercise and diet regimen.

“For four days a week, I go on 40 to 50 km-long cycle rides between 5 and 7 a.m. On other days, I prefer outdoor activities in the morning as well as in the evenings. I go for regular swims and hit the bed by 9 p.m. In food, I prefer anything that is cooked at home only,” Puri told.

Every Saturday and Sunday, he does two separate circuits of 100 km each in the National Capital Region.

In the past, Puri has cycled from Delhi to the Wagah border and back, a distance of roughly 1,000 km, on two separate occasions. Puri’s wife, Col. Sonia Puri, an eye surgeon in the Indian Army, has also accompanied him in some of his cycling tours.

“Cycling is an opportunity to see the country from close quarters and interact with its people. For officers, sports is a wonderful opportunity to connect with soldiers. An officer should spend at least two hours outdoors daily without his mobile phone. For myself, my bike, me and the terra underneath are Nirvana on wheels,” said Puri.  (Agency)