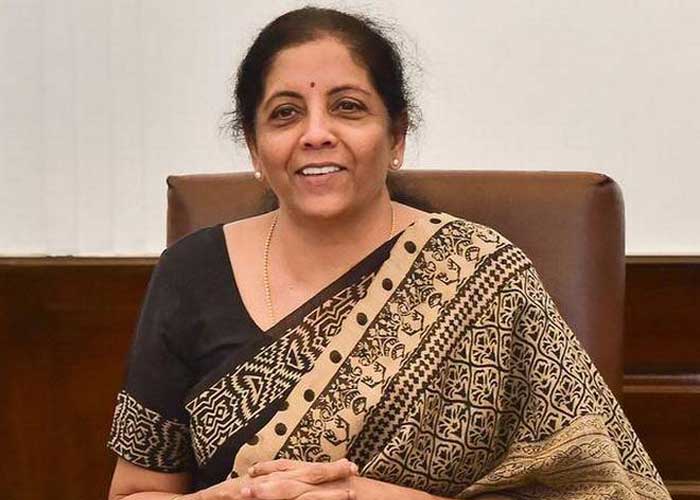 Finance Minister Nirmala Sitharaman gave a befitting reply to a troll on Twitter who addressed her as “sweetie” in a tweet in which he accused her of misquoting Swami Vivekanand.

It all started after Sitharaman posted a quote on Twitter to mark Swami Vivekananda’s 157th birth anniversary on Sunday.

She wrote: “Awake, arise, and dream no more! This is the land of dreams, where Karma Weaves unthreaded garlands with our thoughts…Be bold, and face The Truth! Be one with it! Let visions cease…The Complete Works of Swami Vivekananda IV, pp 388-89.”

Responding to the tweet, a user said that she had misquoted and wrote, “@nsitharaman quotes from the Katha Upanishad & Swamiji’s adoption of the saying ‘arise awake’. Sweetie it’s ‘cease not until your goal is reached’ not ‘dream no more’; unless it’s Budget 2020 that you are warning us about!”

Sitharaman generally doesn’t reply to Twitter users but this time she countered back at the commenter and wrote, “Glad you’re taking an interest. While he is oft-quoted w/the verse from Katha Upanishad, what I’ve excerpted is from ‘The Awakened India’, written in Aug 1898 — BTW, I had cited the reference below the verse itself. Pub by Advaita Ashrama if you’re further interested.”

Netizens lauded the Finance Minister for gracefully handling the situation.

A user tweeted, “If Sanjoy Ghose was a Corporate employee he would have been booked under POSH. Haven’t heard of pronouns such as ‘Sweetie’ being accepted normally. Hope people tweet more responsibly.”

“Who addresses FM of the country as sweetie,” asked one user.

Another remarked, “Just try to call ‘Sweetie’ to Priyanka Vadra and Sonia Gandhi the way you called India’s Finance Minister. You are cheapo.”

One post read, “It wasn’t the right way to address you anyway. Such mocking, irrespective of the ideology of a person, is taking the civility out of public interaction.”  (Agency)