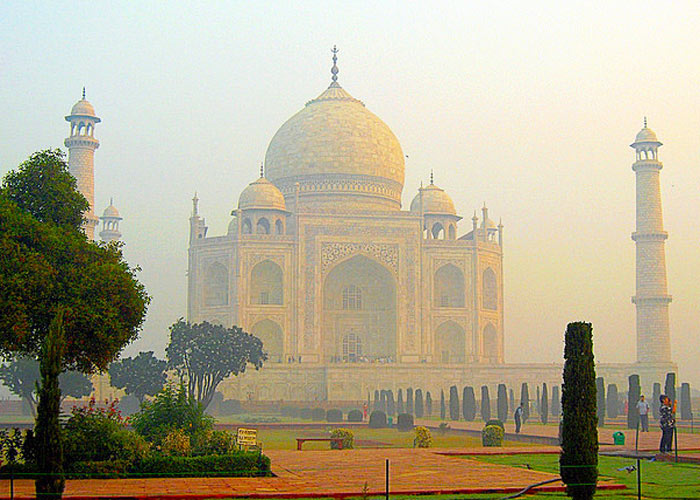 The Uttar Pradesh Pollution Control Board has imposed a fine of Rs 6.84 crore on the National Highways Authority of India (NHAI) for polluting air in the Agra district with continuous construction activities.

The NHAI has also been instructed to sprinkle water wherever construction work is being undertaken around the city, as pollution is one of the biggest concern for paling of the pristine white facae of the Taj Mahal.

Bhuvan Yadav, regional officer of the Uttar Pradesh Pollution Control Board here, said that directives have been issued to the Agra Nagar Nigam to carry out mechanized sweeping work to help reduce air pollution.

The board has also instructed brick kilns in Agra that are using old technology to switch over to Zig-Zag technology to help reduce air pollution.

Various government agencies such as the Agra Development Authority, Awas Vikas and the PWD, have been instructed if they carry out construction activities, they have to use dust suppressant, Yadav said.

All demolition and construction waste rules will also have to be followed like sprinkling of water, establishing green cover, covering raw materials, among others, to reduce pollution in the city that is known for the 17th century mausoleum.

The Taj has been paling with a yellowish tinge over some years now mainly due to air pollution. The discoloration of the marble is primarily due to oxidation of its constituents.  (Agency)