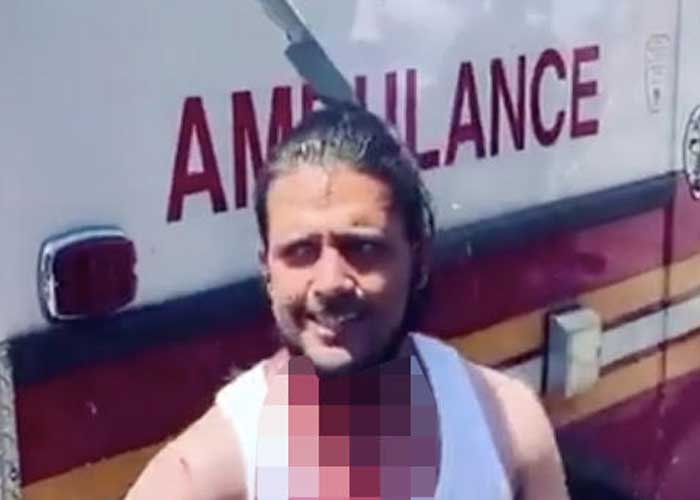 A video has gone viral showing a man in New York walking up to an ambulance to get help following a stabbing incident with a knife stuck on his head, a media report said.

According to police, the 36-year-old man was stabbed in the torso and head with ah kitchen knife on Tuesday morning near 120 West 125th Street in Harlem, the Daily Mail report said on Wednesday.

He was defending a 34-year-old woman who was slashed in the cheek after four unidentified males and a female snatched her purse.

In the viral video, the man is seen wearing a white vest covered in blood that appears to be dripping down his neck and onto his jeans.

A piece of fabric is tied around his right arm and both of his hands are covered in bright red blood.

The victim grimaces as a crowd gathers around to film him. The incision did not penetrate his skull, said the Daily Mail report.

An amateur videographer who circulated one of the videos on social media is heard saying “he got stabbed” and that “it’s crazy out here”.

He was taken to a hospital in Harlem. Both victims were in stable, non life-threatening condition.  (Agency)