Home Punjab New Policies for well being and prosperity of Police martyrs’ families in... 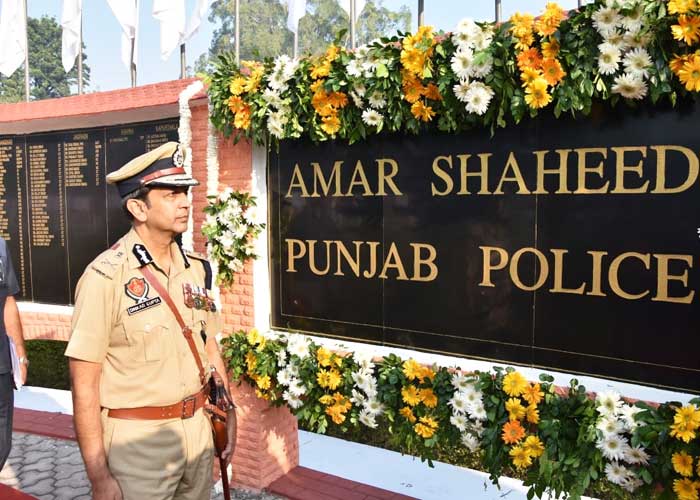 Reiterating the firm commitment of the Punjab Police to assure the well being of kin of Police martyrs, the Director General of Police Mr. Dinkar Gupta today said that the new policies for the well being and prosperity of such families was already in the pipeline.

Addressing the gathering here at the local PAP complex after paying tributes to the martyrs, the Director General of Police said that the Punjab Police has the distinction of being one of the finest Police force across the world.

He said that since 1981 till 2019, as many as 2719 Police officers/ officials have laid down their lives while safeguarding the unity, integrity and sovereignty of the country. Mr. Gupta said that this tradition was still being kept alive by the brave hearts of the Punjab Police.

The Director General of Police said that the Punjab Police was committed for ensuring the well being of the families of these officers/ officials who have laid down their lives for the country.

He said that policies for the welfare of these families were being framed to ensure that they do not face any sort of problem in life. Mr. Gupta said that the families of the martyrs were their own families and their interests would be fully taken care off.

The Director General of Police envisioned that the supreme sacrifice made by the brave hearts of the Punjab Police would ever inspire the young officers to perform their duty diligently.

He called upon the young officers/ officials to uphold the glorious tradition of the Punjab Police while performing their duty. Mr Gupta said that the Punjab Police has the distinction of wiping out the terrorism from the land of five rivers, which hardly finds any parallel in the world history.

Later on talking to the media persons, the Director General of Police said that as Police was symbol of the state authority so no one would be allowed to dilute this authority.

He said that strictest of strict action would be taken against those who try to create hindrance in the duty being done by the force. Mr Gupta said thus any sort of aggression or violence against on duty Policemen was totally unwarranted and undesirable adding that this would not be tolerated at any cost.