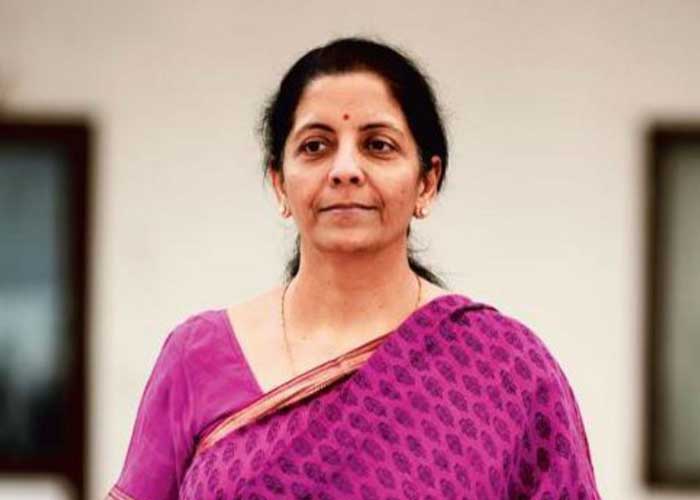 Union Finance Minister Nirmala Sitharaman has come out with 15 new and some enhanced measures to revive businesses, and support workers via fiscal incentives and regulatory easing under the mega stimulus package — Self-Reliant India Movement — which was announced by Prime Minister Narendra Modi on Tuesday evening.

She attempted to decrease the regulatory burden on companies, while increasing the take-home pay of employees via these measures.

In terms of takeaways, the biggest were for the MSME sector which is considered to be the backbone of economic activity.

As a major reform measure for the sector, the Centre has decided to give a new definition to MSMEs.

This will denote the type of companies that will be included in the sector.

Specifications wise, the investment limit for defining MSMEs has been revised upwards.

Besides, she highlighted that additional criteria such as turnover has been considered for defining MSMEs.

In terms of fiscal measures, the Minister announced that Rs 3 lakh crore “Collateral-free Automatic Loans” for businesses, including MSMEs, will be provided to meet operational liabilities built up, buy raw material and restart business.

She announced another scheme worth Rs 20,000 crore for “Subordinate Debt for Stressed MSMEs”.

A Rs 50,000 crore “Fund of Funds” for MEMEs which face severe shortage of equity was also announced.

The Centre has also decided not to go in for global bidding for government procurement for tenders up to Rs 200 crore, thereby, promoting the participation of MSMEs, she said.

Furthermore, e-market linkage for MSMEs will be provided and that the CPSEs will pay all receivables to MSMEs within 45 days.

This scheme will provide investments in both primary and secondary market transactions in “investment grade debt paper of these institutions”.

The minister said the scheme will support the previous initiatives of the government and the central bank to boost liquidity.

The securities under the scheme will be fully guaranteed by the Central government.

Under this measure, first 20 per cent loss will be borne by the Centre, and even unrated papers will be eligible for investment, enabling NBFCs to reach out even to MSMEs in far-flung areas.

This plan will allow these entities to clear their dues towards power generation companies.

As per the plan, the liquidity window for discoms was essential as its revenue has plummeted and they are in the midst of unprecedented cash flow problem accentuated by demand reduction during the current lockdown.

The scheme will allow power sector financiers — PFC and REC to infuse liquidity of Rs 90,000 crore to discoms against receivables.

Loans will be extended against State guarantees for exclusive purpose of discharging liabilities of discoms to gencos.

Apart from discoms, relief steps for the real estate industry was also announced.

The Minister stated that Union Ministry for Housing and Urban Affairs will issue advisory to states and union territories to declare the Covid-19 situation as a ‘force majeure’ under the Real Estate (Regulation and Development) Act.

With this move, the government has allowed suo-moto extension of the registration and completion date by six months for all registered project expiring on or after March 25, 2020 without individual applications.

Simultaneously, to give regulatory relief to businesses Sitharaman announced a six month extension of contracts for contractors by all central agencies and departments including railways, the Central Public Works Department, and Ministry of Road Transport & Highways.

The extension would not come with any cost for the contractors, she said.

This scheme covers construction works and goods and services contracts.

It also applies on obligations like completion of work, intermediate milestones and extension of concession period in public private partnership contracts.

The minister also announced that government agencies will partially release bank guarantees, to the extent contracts are partially completed, to ease cash flows.

As per the announcement, the reduced TDS rate will be applicable to the payment for contract, professional fees, interest, rent, dividend, commission and brokerage. It will be applicable for the remaining part of FY21 — from May 14 to March 31, 2021.

In addition, she announced further extension of the deadline for settling tax disputes under the Vivad se Vishwaas scheme without paying any interest and penalty to December 31, 2020 from June 30, 2020.

“The sectors covered in the initial phase are clearly the ones that required the highest policy attention at this juncture, including MSME, power, and construction and real estate. The impact of the package totalling Rs 20 lakh crore to be unveiled in the next few days would add to spending power and bring relief to millions of enterprises that employ huge numbers of workers. We expect the stimulus measure to impart stability and growth to the economy,” said Vikram Kirloskar, President, Confederation of Indian Industry.

According to Ficci’s President Sangita Reddy: “The greatest takeaway from today’s announcement was the clear focus on getting liquidity flowing into the system.”

“Besides liquidity, we need to give equal focus on generating consumption demand and propping up investments. We hope that in the next set of announcements, these areas will be taken up in a comprehensive manner as well.”

On its part, Assocham’s Secretary General Deepak Sood said: “The Rs 3 lakh crore collateral free loans for the MSMEs on guarantee from the government would have a big time multiplier impact and would generate economic activity of at least up to Rs 10 lakh crore, not only retaining the jobs but also creating additional employment.”

He further said, treating COVID-19 as an ‘act of God’ and allowing the real estate developers extra six months for completion of projects would help both the developers and the consumers as it would make the sector viable.

Sood listed reduction in the TDS by 25 percentage points as a demand-boosting measure along with cut in the EPFO deductions from 12 to 10 per cent.