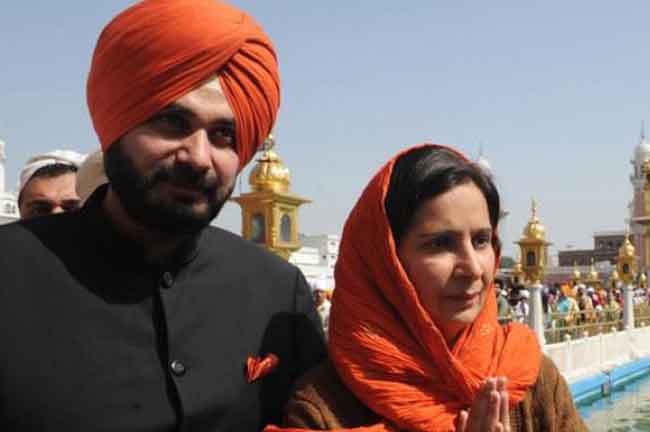 The Congress appears to be facing a setback in Punjab. Former Amritsar MLA and wife of former cricketer Navjot Kaur has distanced from the party.

Navjot Kaur has said she is no more associated with any party now, and that she will focus on social work. Her remarks came at Verka, a suburb near Amritsar, where she had gone for inaugurating a social event.

She is upset as she was denied ticket for Lok Sabha elections early this year. She tried to get nomination from Amritsar, and then Chandigarh. But the party chose to field veteran Pawan Kumar Bansal from Chandigarh.

Sources say her move could be a pressure tactic as Chief Minister Captain Amarinder Singh may soon expand his Cabinet, and there could be chance for her husband to get a cabinet berth again.

The couple was in the BJP before joining the Congress with her becoming a minister in the Akali-BJP government.

Navjot Kaur has alleged that many in the Congress have given wrong feedback to the Chief MInister about her husband and conspired against him.

After joining Congress, Sidhu was made a minister, but he could not get along with the Chief Minister, so he resigned. Sidhu was upset that his department was changed without taking him into confidence.

Sidhu did not compaign for the party in the recent Assembly polls in neighbouring Haryana. His close aides said he was working for his constituency in Amritsar.

Navjot Kaur has said she will work for her assembly and will be ready to protest if her demands are ignored. But she said her husband Navjot Singh Sidhu is in Congress and is working for the party, but she did not answer why he chose to stay away from the compaign.  (Agency)