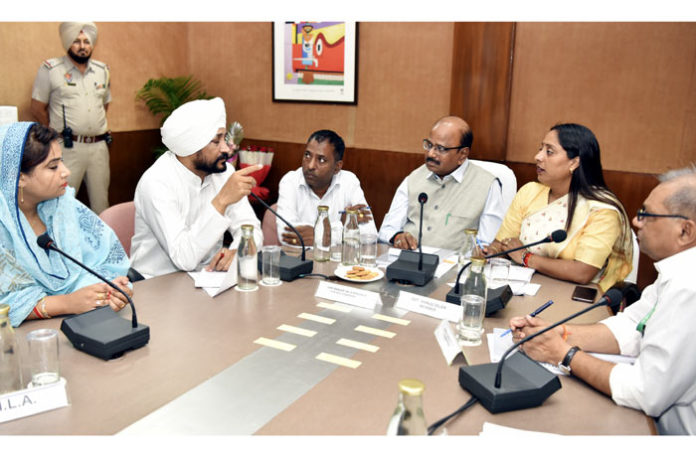 Representatives of Safai Karamcharis Unions working in Punjab and state Cabinet Ministers and MLAs apprised the Central Commission about various facilities and benefits being provided to Karamcharis by the State Government. Speaking on the occasion, Technical Education Minister Charnajit Singh Channi requested the Commission to forward a proposal to the Centre to make education of children of Safai Karamcharis up to MA besides urging the Centre to provide 100% funds for Post Matric Scholarship Scheme as earlier. With new 60:40 arrangement, the interests of state SC students would be adversely affected, Channi further said.

During the meeting, a detailed review was conducted of various government initiatives undertaken for welfare of Safai Karamcharis. The issue pertaining to compensation paid to affected families in cases of deaths of supermen during cleaning of gutters was also discussed.

The efforts to rehabilitate those involved removing garbage, as per the Supreme Court directions was also discussed. After the review, the Commission asked the authorities to make special efforts to further better the working conditions of safai karamcharis and ensure better future for their children. The Commission also underlined the need to enforce schemes related to safai karamcharis more effectively.