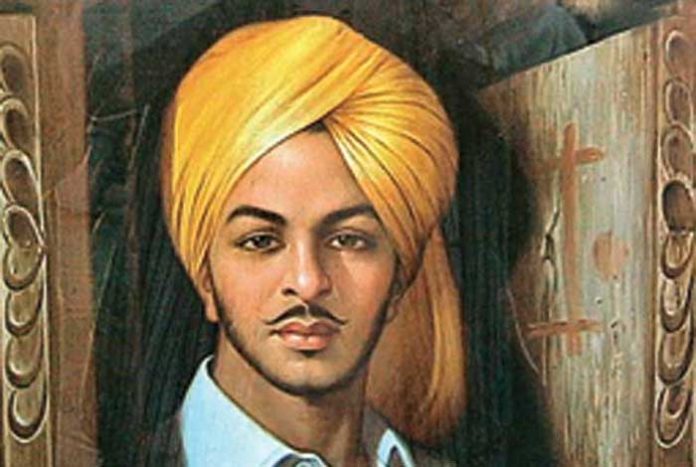 In a tweet in Hindi, Naidu paid tributes to Bhagat Singh’s courage and sacrifice for the country’s freedom. “The protection of unity and integrity of the nation will be the true homage to him.”

“His courageous actions continue to motivate millions. He remains among the most popular icons in the minds of the youth. I bow to this great son of Mother India on his Jayanti,” Modi said.

Union Home Minister Amit Shah also tweeted in Hindi saying Bhagat Singh inspired the whole nation to fight for freedom. “With his courage, ideals and nationalism, Singh has been an inspiration for all.”

The official Twitter handle of the Congress party said the responsibility of building a nation of Bhagat Singh’s dreams is on the youth, “which they need to fulfil”.

Bhagat Singh was born on this day in 1907 in the Punjab Province of British India. He was convicted for killing British police officer John Saunders and was hanged in March 1931.  (Agency)