Home National My thoughts with Kashmiris in lockdown within lockdown: Chidambaram 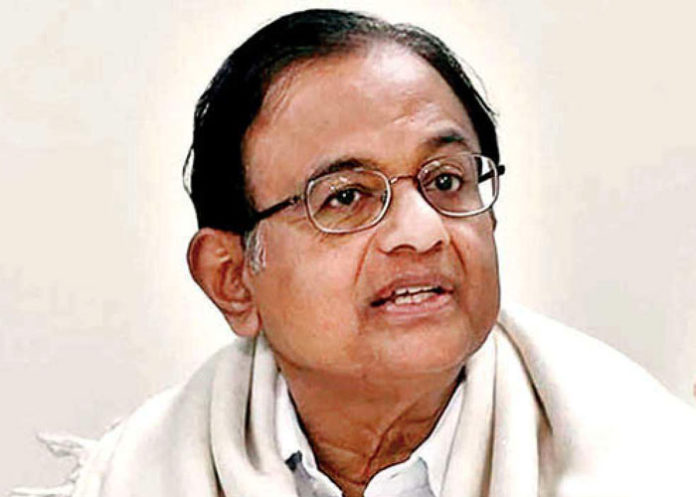 Former Union Minister P Chidambaram said that as the fourth phase of the nationwide lockdown amid the coronavirus scare began from Monday, his thoughts were with the people of Kashmir who were in a “terrible lockdown within a lockdown.”

The senior Congress leader said that at least now, the people in the rest of India will understand that he dubbed the “enormity of the injustice” done to those who were detained in Kashmir and those still under detention” immediately before and after the abrogation of Article 370 of the Indian Constitution on August 5, 2019.

Chidambaram said that former Jammu and Kashmir Chief Minister Mehbooba Mufti was the “worst sufferer” of preventive detention and even courts had shirked their constitutional duty with respect to detainees.

“The worst sufferers are Mehbooba Mufti and her senior party colleagues who are still in custody in a locked-down state in a locked-down country. They are deprived of every human right,” he said in a statement.

“I cannot believe that for nearly 10 months, the courts will shirk their constitutional duty to protect the human rights of citizens,” he added.

The detention on Mehbooba Mufti under the Public Safety Act (PSA) had been extended for three more months on May 5. Booked under the stringent PSA, she was initially kept at the Hari Niwas guesthouse in Srinagar but later shifted to a Tourism Department hut in the Chashma Shahi area.

She was shifted to her Gupkar Road official residence on April 7.

Besides Mehbooba Mufti, two other former Chief Ministers — Omar Abdullah and his father Farooq Abdullah — were also detained under the PSA but later released.  (Agency)