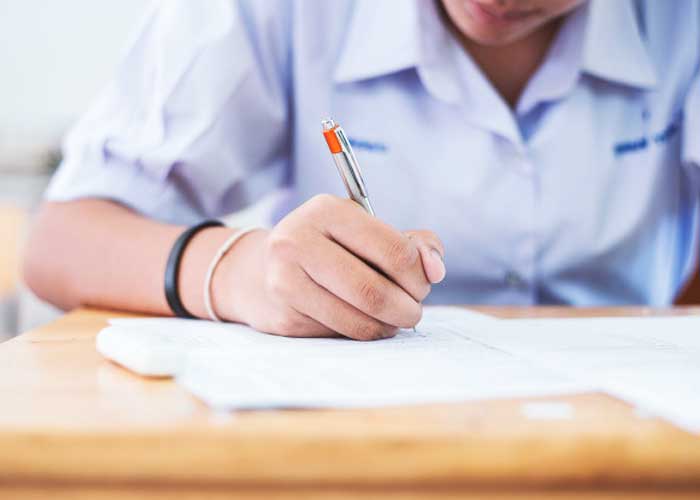 Agra, Oct 21, 2020-
Ten students were caught cheating during the final year MBBS exam of a private medical college at the Khandari campus of the Agra University.

The invigilators found that a few of the students giving examination were talking to themselves and were pressing something on their chest frequently. When asked to show, the examinee said that it was a religious symbol that could not be shown. However, the charade was eventually exposed and a bunch of them were caught cheating through the use of hi-tech gadgets, Bluetooth connected earphones, and sim-inserted amulets.

A police report was filed after a committee of the university examined the details. Officials said answers were being dictated from outside.

Agra University Vice-chancellor Prof. Ashok Mittal said legal action will be taken against those after the university committee submits its report.

Sources said the university administration was tipped off about the plan of some students to cheat in the examination. Following this, a confidential team was constituted to foil the bid to cheat, but university officials expressed their dismay at the use of devices that were barely visible. (Agency)