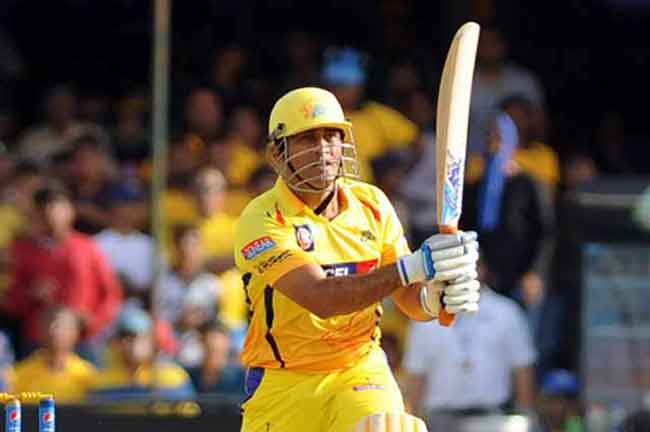 Dhoni achieved this feat during his sensational 84-run knock in Sunday’s game against Royal Challengers Bangalore (RCB) which CSK lost by only one run.

Chasing 162, CSK managed to score 160/8 in their full quota of 20 overs, thus succumbing to their second consecutive loss in the ongoing IPL.

Dhoni hit five fours and seven sixes during the course of his 48-ball inning, thus taking his overall IPL tally of maximums to 203. In the ongoing edition, the 37-year-old has so far hit 17 sixes.

Rohit Sharma and Suresh Raina are next best Indian batsman in the list with both boasting of 190 sixes each in the IPL. RCB skipper RCB skipper Virat Kohli is not too far behind with 186 maximums to his name.

Overall, Chris Gayle has hit the maximum number of sixes in the IPL with a boasting number of 323, followed by AB de Villiers who has hit 204 maximums in the T20 tournament. Dhoni is third in the list.  (Agency)