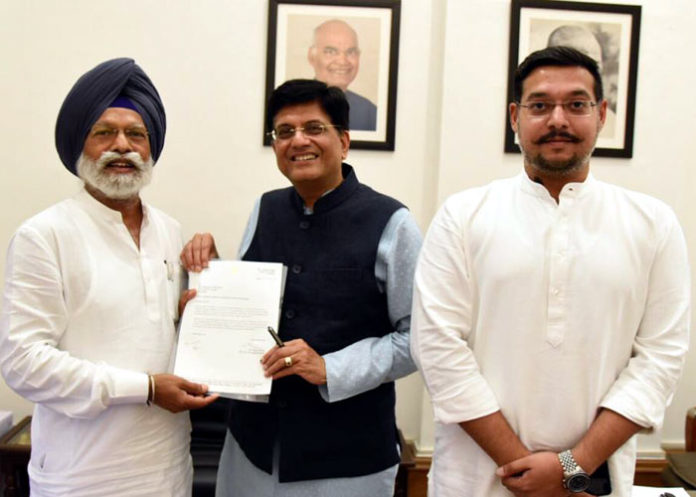 During the meeting, Dr Amar Singh informed that Raikot Sub Division is located between Mullanpur, Ludhiana and Barnala in Punjab. Though Raikot is located in close proximity to Ludhiana city-a major railway station.

It is yet to get connected to the rail line. The subdivision has remained backwards till now due to the lack of rail connectivity.

He said that Raikot town also has great historical importance with the Tenth Sikh Guru, Sh. Guru Gobind Singh Ji having visited it and is closely linked with the martyrdom of the two youngest Sahibzadas.

Hence I would request you to sanction laying of railway track from Mullanpur to Barnala passing through Raikot. His son and senior youth congress leader Mr Kamil Boparai was also present during the meeting.