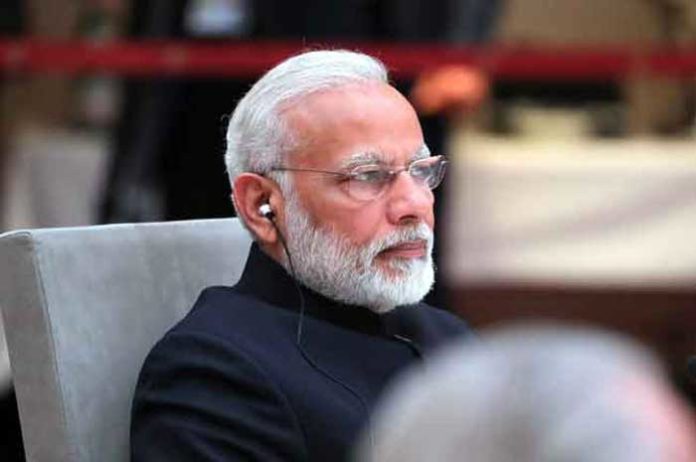 Determined to showcase ‘development’ in the newly carved Union Territory of Jammu and Kashmir for the world to see, the Prime Minister’s Office is working round-the-clock to expedite over 100 infrastructure projects in the Valley.

The PMO also dispatched 34 Central ministers to J&K this week to ensure 100 per cent implementation of key social sector schemes in the Union Territory which remains under focus of the West and Middle-East after the special status of J&K was scrapped last year.

Sources in the PMO revealed that Prime Minister Narendra Modi is focusing on the rapid development of J&K with an emphasis on providing more jobs to youths and creating a world-class infrastructure to attract investment. “Three months from now, the Centre intends to host a global investors summit in J&K and hopes the summit would bring about a sea change in the region’s business and economy,” said a Joint Secretary level officer of Ministry of Commerce and Industry.

Massive preparations are going on for ‘J&K Global Investors Summit 2020’ to attract investors to Jammu, Kashmir and Ladakh, where buying land and property was restricted prior to revocation of the provision of Article 370 and 35A.

Highly placed sources said PM Modi had earlier instructed his Cabinet and state ministers (independent charge) for visiting districts of J&K and expediting important projects which were moving at a slow pace.

Promising a new dawn in J&K, 34 ministers camped in J&K on various days from January 18 to 24 and also launched key schemes and projects. For instance, Union Minister Piyush Goyal announced linking of Valley with rail network by 2021. Besides a new Industrial policy, giving better deals to investors, was also announced. Human Resource Development Minister Ramesh Pokhriyal promised high quality infrastructure for higher education and also said that 36 new Central schools will be built across the territory.

Union Information and Technology Minister (IT) Minister Ravi Shankar Prasad, who was in Srinagar on Friday, dedicated several projects to the people and promised a new e-fruit market to promote the sale of 300 varieties of Kashmiri apples.

Union Animal Husbandry Minister Giriraj Singh said that soon, the Valley would be made hub of expensive merino sheep known for its soft wool. In a weeklong whirlwind tour of the UT, Union ministers inaugurated around 300 development projects, a record number of projects ever launched in such a short span of time.

Sources said originally, 36 ministers had to visit J&K, however, two ministers, including Nitin Gadkari, could not reach the Valley due to important engagements in Delhi. The Ministers will now submit comprehensive reports relating to the projects being executed in the UT. The ministers would also list the issues raised by the BDC chairpersons, panchayat members, common man and the administration.

The PMO would also monitor the work being done by several ministries to ensure that before the global summit begins in Srinagar in April this year, the territory is prepared to host the most-awaited show since abrogation of Article 370 in J&K.  (Agency)