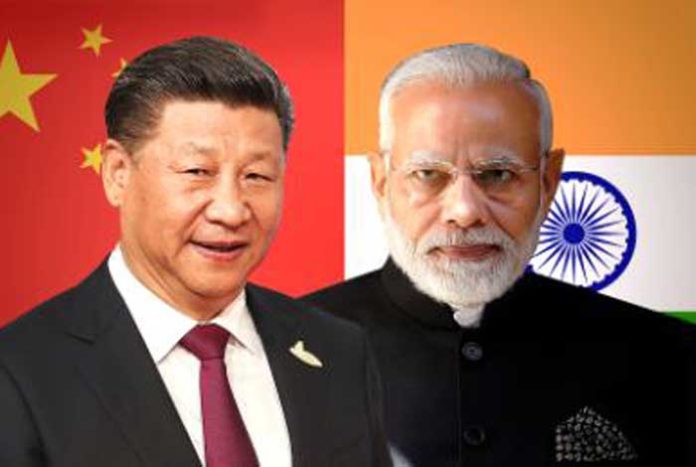 Sun, who is headed to New Delhi on Saturday to take charge of his office, spoke to the Indian media in Beijing on a host of issues ranging from border dispute to trade deficit and US’ trade war to the forthcoming informal summit between Xi and Modi.

“This year the two leaders are going to hold another informal meeting. I believe this will be the top priority in our bilateral relations which will surely scale our relations to new heights,” Sun said in Beijing.

Modi and Xi are likely to meet in Indian city of Varanasi in October this year, which will their second informal meeting after the one in China’s Wuhan last year.

“I think since the informal meeting between the two state leaders in Wuhan… China-India relations have now taken on a very good and sound momentum for development,” Sun said.

The two Asian giants have a decades-long dispute over boundary over which they went to war in 1962. Besides that, several issues test the ties between the world’s two most populous countries.

Sun, who is a former envoy to Pakistan and a South Asia expert, said China and India “will have to do more than just managing differences and take more initiative in shaping our relationship”.

“I think we share very enormous potential for our cooperation and our shared interests far outweigh our differences. That’s why we need to focus on cooperation, make a bigger pie and narrow down the list of our problems and do not allow any individual case at a certain time to disrupt the development of our bilateral relations.”

It was unclear which “individual case” he was referring to.

The planned route of the China-Pakistan Economic Corridor through disputed Kashmir, Beijing’s opposition to New Delhi’s entry into the Nuclear Suppliers Group and widening trade deficit are some of the key irritants in India and China ties.

On the boundary issue, Sun said that both sides will have to “accommodate each other’s legitimate concerns so as to find the solution that is fair rationale and acceptable to both sides.

“We have signed an agreement on the political guidelines for the boundary question. We have also identified the basic principle of a package planned though mutual adjustment to resolve the boundary issue.

“A series of consensus was reached under the framework after our in-depth communication. An early settlement of the boundary issue is in line with the interest of the two peoples and the two countries.

“But before we finally come to a solution to this boundary dispute, we need to properly manage our differences so as to ensure peace and tranquility in the border areas,” Sun added.

Answering a question about the yawning trade deficit in favour of China, he said: “What I want to say is that China highly values India’s concerns for the trade imbalance, but I have to point out that we have never deliberately created a trade surplus against India.”

The ambassador said China has increased the import of rice and sugar from India and also accelerated the review and approval process of the Indian pharmaceuticals.

“We are also willing to import other Indian competitive Indian products. As I understand, in the last five years China’s import from India grew by 15 per cent and more and more India goods have found their way into Chinese households.

“I saw some reports and also heard from colleagues that in the last fiscal year, India’s export of agriculture goods to China actually doubled.

“According to the statistics at my hand in the first half of this year, India’ trade deficit with China is down by five per cent. So, I am convinced that with our concerted efforts, the issue of trade imbalance between China and India will be gradually addressed,” Sun said.

He also spoke about the US’ trade offensive and suggested that India and China should forge a joint front against Washington.

“There has been a change that is unseen in this century. Like I just mentioned the ugly path of unilateralism and protectionism has now affected the growth and stability of the world economy.

“This will surely have an impact on the emerging markets and the developing countries because it also based on the international order that relies on that.

“In this changing world, China and India have all the reasons to work together to safeguard our common interests and promote a more fair and open international economic order. Also to realise our mutual and common interests, it is very important.”

China and the US have been engaged in the world’s biggest trade war, slapping tariffs worth billions of dollars on each other’s products. Washington triggered it last year, claiming Beijing’s business practices are unfair, a charge denied by the Chinese government.

Experts say India could be Washington’s next target after the US ended preferential trade status that had allowed Indian goods to enter America without duties. India retaliated by slapping additional duties on US products which American President Donald Trump described as “unacceptable.”  (Agency)