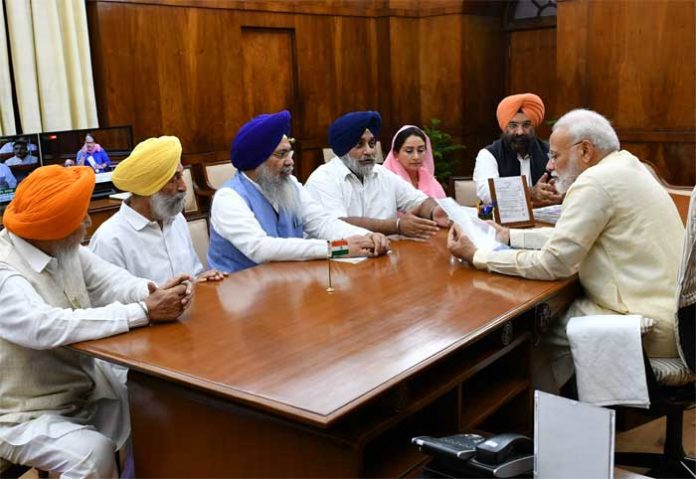 A SAD delegation led by its president Sukhbir Singh Badal and including the Shiromani Gurdwara Parbandhak Committee (SGPC) president Gobind Singh Longowal and union minister Harsimrat Kaur Badal besides representatives of DSGMC and Sri Patna Sahib Board met the Prime minister today here in delhi and invited him to attend the November 12 function at Sultanpur Lodhi. The delegation also apprised the PM about the various programmes being held to mark the 550th anniversary.

Mr Sukhbir Badal disclosed that the PM had agreed to attend the function and even instructed the ministry of External Affairs to facilitate the Nagar Kirtan commencing from the birth place of Sri Nankana Sahib, the birth place of the great Guru, on July 25.

The Prime Minister assured to facilitate these functions through Indian Missions abroad and also assured to provide all needed support to the organizers. The SGPC is preparing a list of venues where functions will be held and the same will be released to the Sikh Sangat soon.