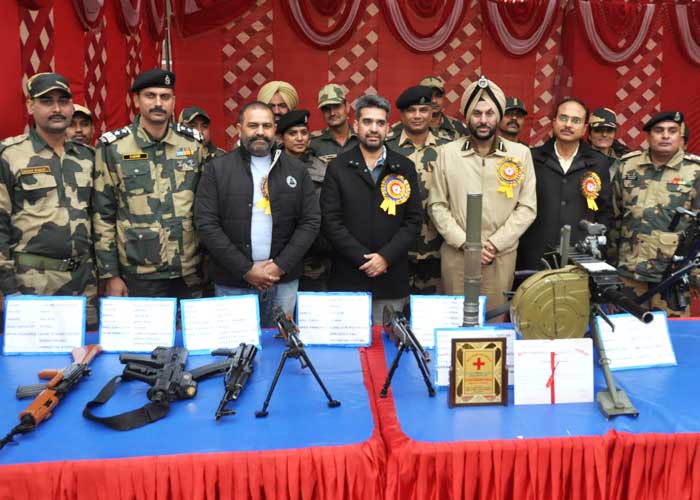 The curtains of the sixth Spark career guidance mela fell today with a commitment to make concerted efforts for transforming the destiny of the students of the district in the coming days.

In their address, the MLAs expressed serious concern of the growing brain drain in the country.

They unequivocally said that the unique initiative of district administration to guide the students for opting right career opportunities would ensure achievement the target of ‘Ghar Ghar Rozgaar, which was the dream of Punjab Chief Minister Capt Amarinder Singh.

They lauded the efforts of the administration for holding sixth edition of the Spark mega mela for giving right direction to young minds.

The MLAs asserted that Spark aims to sensitize the students about the opportunities in various fields adding that it was the need of the hour as children were the future of the country. They that the youth have boundless energy, which could be aptly utilized for the welfare and development of the country.

Earlier welcoming the chief guests, the Deputy Commissioner apprised them about the motto of organizing this event. He said that sole aim was to enable the students from rural areas to have access to quality career guidance so that they could opt for their career thereby paving way for their bright future.

Mr. Sharma expressed hope that the event would act as a catalyst in making the youth an active partners in economic and social growth of the state.

In his address , the Commissioner of Police called upon the students to fix their targets and then make whole hearted efforts for attaining it. Mr. Bhullar categorically said that the students have to now compete with their peers from across the globe so they should be fully equipped to meet this challenge. He said that there was no scope for lagging behind in this highly competitive era.