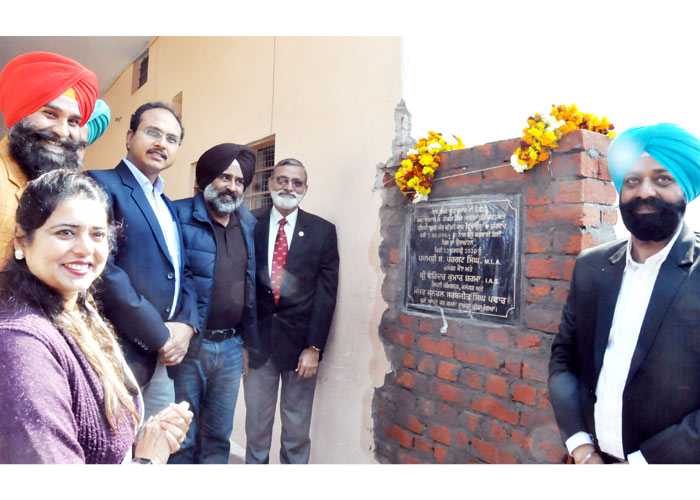 MLA Mr Pargat Singh and Deputy Commissioner Jalandhar Mr Varinder Kumar Sharma today said due to strenuous efforts being made by state government, Punjab would be soon a frontrunner state in field of education.

Dedicating newly constructed room, toilets and corridor at Government Senior Secondary School village Mithapur to the people here today, the MLA ant Deputy Commissioner said that ensuring quality education to the students was the need of hour to ensure that a pool of healthy and wise youngsters were created in the state.

They said that education was key of success for every human being and state government led by Chief Minister Captain Amarinder Singh was committed to ensure it. They said that every effort was being made to ensure inclusive growth of all the strata of society through the education.

The MLA and Deputy Commissioner also lauded Major general (Retd.) Sarabjit singh Powar, who has given more than RS 8 lakh for the construction work of rooms, corridor, toilets and gym. They said that this was real service of humanity which was being rendered by Major General Powar, who’s father was the founding member of this school.

They said that such endeavours by enlightened citizens of the state were highly commendable and should be replicated by one and all. They also praised International Coach Mr Gurinder Singh Sangha for making wonderful efforts to promote sports in the city.