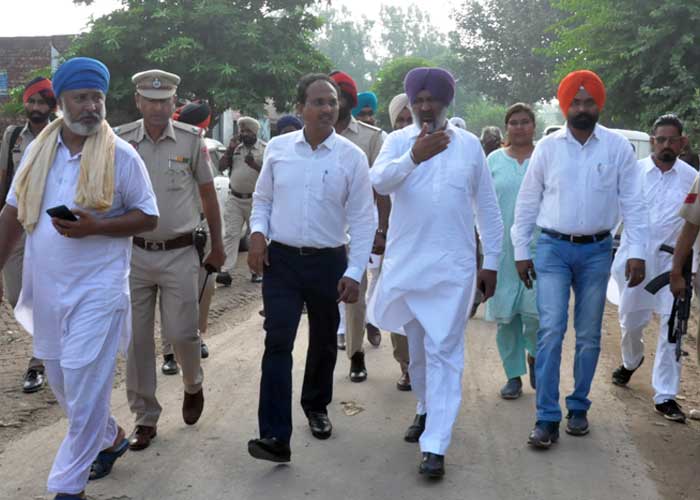 MLA Shahkot Mr Hardev Singh Laddi and Deputy Commissioner Jalandhar Mr Varinder Kumar Sharma today exhorted the people in flood hit villages to get their every loss recorded with the assessing teams so that they could be duly compensated by the state government.

The MLA and Deputy Commissioner inspected the rehabilitation work being going on in the villages Mehrajwala after receding of water. During interaction with people they said that the state government led by Punjab Chief Minister Captain Amarinder Singh was committed for rehabilitation of the people flood hit villages.

They said that every loss of crop, cattle, houses and others would be duly compensated for which assessment was already being going on.

The MLA and Deputy Commissioner also inspected the ongoing relief operations in the villages. They also interacted with the teams of Doctors, Veterinary officers and others who have been specially deputed to ensure quality medical treatment to humans and cattle. They said that every step would be taken to provide succour to the distressed people in this hour of crisis.