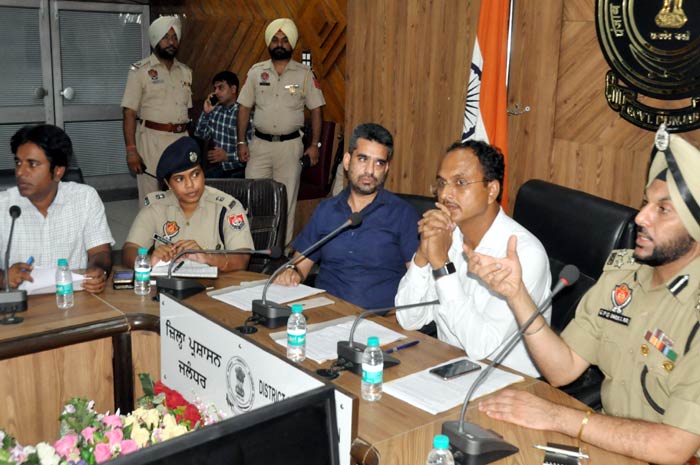 In a meeting held at the District Administrative Complex, the MLA, Deputy Commissioner and Commissioner of Police assured the people that the foolproof arrangements would be made by the district administration during the mela.

They said that the officers/ officials would be deployed in sufficient number to ensure that pilgrims coming from various parts of the globe do not face any sort of inconvenience while paying obeisance at the temple. They also said that that keeping in view the heavy influx of the pilgrims at this sacred place elaborate security arrangements would be made and a control room would be set up in temple premises would be set up by the administration.

They said that Additional Deputy Commissioner Mr. Jasbir Singh and Additional Deputy Commissioner of Police Ms D Sudharvizhi would oversee the entire arrangements for the mela. They that fool proof arrangements would be made for traffic diversion, parking of vehicles, security arrangements and other facilities during the Mela, so that pilgrims do not face any sort of problem. They said that every officer / official must ensure that people participate in this world renowned mela with full gaiety and enthusiasm.

They said that the Municipal Corporation Jalandhar would ensure proper cleanliness of the roads leading to the venue, sprinkle water on roads and ensure temporary urinal and mobile toilets for the pilgrims coming to pay homage at this holy shrine. Likewise, they said that the Health department has been directed to depute Medical teams during the fair along with medicines and Ambulances to facilitate the people.