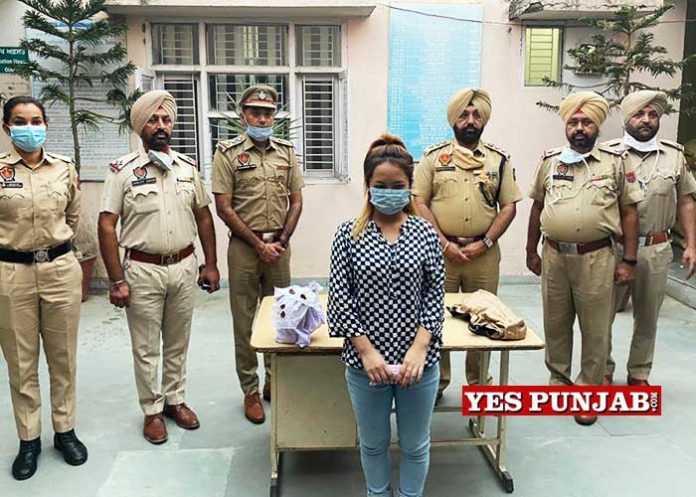 Jalandhar, October 26, 2020 (Yes Punjab News)
Continuing its drive against drug peddlers by keeping a vigil through high-level checking points in the city, The Commissionerate Police on Monday arrested a Mizoram based woman and arrested 1-kg heroin from her possession outside PIMS on Garha road.

The accused has been identified as Lalrimawii (19) of Aizawl originally and now resident of Delhi.

Divulging the details, the Commissioner of Police Gurpreet Singh Bhullar said a police team led by ASI Kamaljeet Singh got tip-off that a Mizo woman was going to deliver a drug consignment outside PIMS hospital following which SHO Police Station-7 Ramandeep Singh along with lady force laid a checking there.

He said that the team spotted a woman who was holding a purse in shoulder tried to flee away from there and later, was nabbed by the cops. 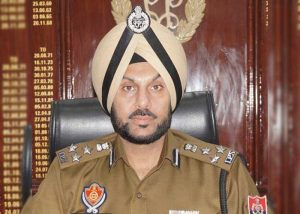 He said during frisking, the lady constable recovered 1-kg heroin from the purse and she was immediately taken into the custody.

Commissioner of Police told that the accused Lalrimawii was living with her cousin in Delhi after the death of her father in Mizoram.

Bhullar added that in Delhi, she met with a African citizen during a event at Pastry Palace, Vikaspuri and started selling drug in collision with him.

“Lalrimawii was getting Rs 15000 for each consignment and had earlier delivered the contraband in the city in past”, Bhullar added.

He told that a case under section 21 of the NDPS Act has been registered against the accused and would be taken on remand for further custody.

He said that on the basis of Lalrimawii’s interrogation, the police teams are carrying out the raids and other links would be arrested to bust the entire chain of the drug racket.