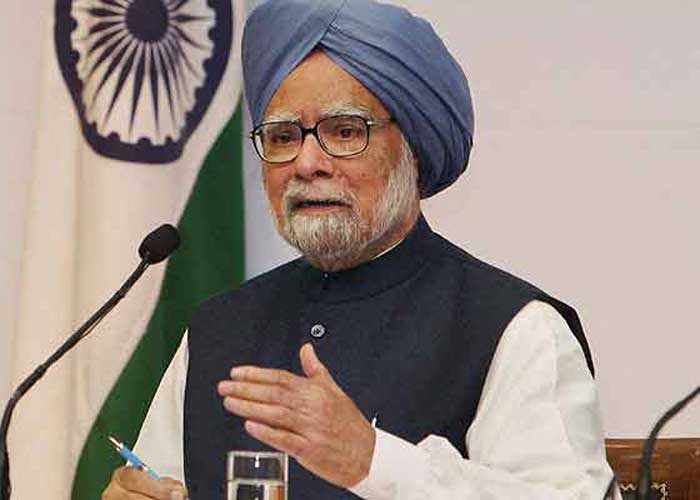 Former Prime Minister Manmohan Singh on Monday backed his party collegue and former Finance Minister P. Chidambaram, who is in Tihar jail since September 5 after his arrest in the INX media case, saying the FIPB clearance was collective decision and if the Minister was liable for approving a recommendation, then the whole system of government will collapse.

In a show of solidarity with Chidambaram, Manmohan Singh, along with Congress interim President Sonia Gandhi, visited Chidamabaram at Asia’s high security jail on Monday morning. This was for the first time that Gandhi and Manmohan Singh visited the jail premises to meet any party leader lodged there.

After meeting Chidambaram, Manmohan Singh, in a statement, said that they were “concerned with continued detention in custody of our colleague, Chidambaram”.

Hitting out at the BJP-led central government, the former Prime Minister said: “In our system of government, no decision can be taken by any single person. All decisions are collective decisions recorded in files.”

He said a dozen officers, including six Secretaries to the government, of the Foreign Investment Promotion Board (FIPB) examined and recommended the proposal and Chidambaram approved the unanimous recommendation. “If the officers are not at fault, it is beyond our comprehension how the Minister who simply approved the recommendation can be accused of committing an offence. If the Minister is liable for approving a recommendation, the whole system of government will collapse,” he said.

Manmohan Singh said that he was confident, and he sincerely hope, that the courts will render justice in this case.

According to party leaders, the meeting of the senior Congress leaders lasted for half an hour.

Besides Gandhi and Manmohan Singh, Chidambaram’s son Karti Chidambaram also arrived at the jail premises. Later, Chidambaram, through his family, thanked the party leadership for meeting him.

“I have asked my family to tweet on my behalf the following: I am honoured that Sonia Gandhi and Manmohan Singh called on me today. As long as the Congress party is strong and brave, I will also be strong and brave,” he said in a series of tweets.

Chidambaram has been lodged in Jail No 7 of the Tihar jail, which is meant for economic offenders.

He was sent to judicial custody by a Delhi court after his arrest on August 21 by the Central Bureau of Investigation for alleged irregularities in granting FIP) clearance of Rs 305 crore to INX Media, now known as 9x news, during his tenure as Finance Minister. Chidambaram is also being probed by the Enforcement Directorate in a money laundering case relating to INX Media.

Senior Congress leader Jairam Ramesh on Friday also accused the government of planning a conspiracy to “defame and character assassinate” Chidambaram in the case.

The Congress has termed the charges against Chidambaram a “paramount example of political vendetta”.  (Agency)