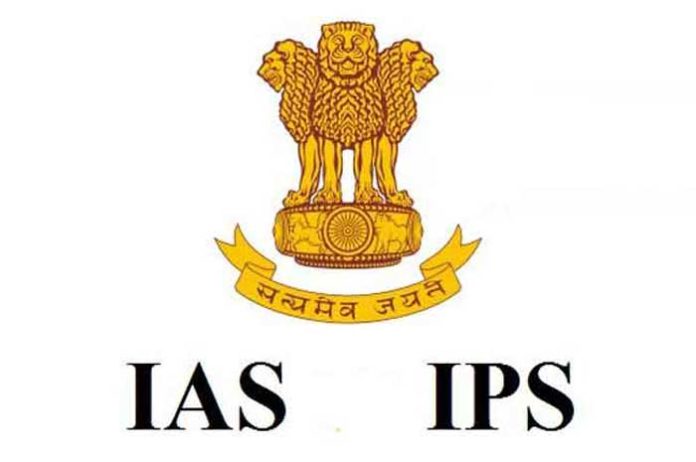 The Ministry of Home Affairs (MHA) has asked the Chief Secretaries of Delhi, Goa, Arunachal Pradesh and Mizoram and other Union Territories to send a list of suspected IPS, IAS, DANICS and DANIPS officers with “doubtful integrity” before January 10, 2020.

It further explained that “Agreed List will be prepared of officers of gazetted status against whom there are complaints about honesty or integrity, doubts or suspicion, after consultation between the officer of the department concerned and of Central Bureau of Investigation (CBI)”.

The Agreed List, informally known as secret list in Indian bureaucracy, would be shared with the CBI to check the veracity of allegations.

“It is requested to prepare the Agreed List of officers in respect of the all to IAS, IPS, DANICS and DANIPS officer accordingly and submit to the ministry at the earliest. It is also submitted that the list to be submitted to Ministry of Home Affairs by January 10,” the missive stated.

About officers who have been transferred within a year, the directive said: “It is stated that if an officer is transferred in a particular calender year and has served for six months or more in a particular segment, then his record with respect to Agreed List needs to be maintained by the segment where the officer remained posted for a period of six months or more.”

It also pointed out that thereafter, the agreed list may be forwarded to the MHA, by both the segments that where the officer remained posted for a period of six months or more and also the segment where officer was working on December 31 in the relevant year.

“In all other cases, the list may be forwarded only by the segment where the officer was working on December 31,” the internal note stated.

The directives further explains about action to be taken in respect of officers on these Agreed Lists by the departments or by the CBI.

“There should be closer and more frequent scrutiny and inspection of their work and performance by the departments concerned, particularly when there is scope for discretion or for showing favours,” it stated.

“The department and the CBI should quietly check about their reputation. There should be unobtrusive watch of their contracts’, style of living, et al by the CBI,” it pointed out.

It clearly stated that secret inquiry by the CBI should be conducted about their assets and financial resources also.

“The department will make available their property returns and other relevant records to the CBI. Collection of information by the CBI of specific instances of bribery and corrupt practices,” it stated.

The directive clearly states that if these secret checks and inquiries reveal positive materials, open inquiries will be started by the CBI and further action should be taken in the light of the results of that inquiry.

“It may be emphasized that no adverse or punitive action is contemplated against any officer on these lists unless these checks, verifications or inquires bring out the adequate material to reasonably conclude that he is lacking in integrity,” it added.  (Agency)