Home Punjab Menace of fake SC certificates on the rise, CM should set up... 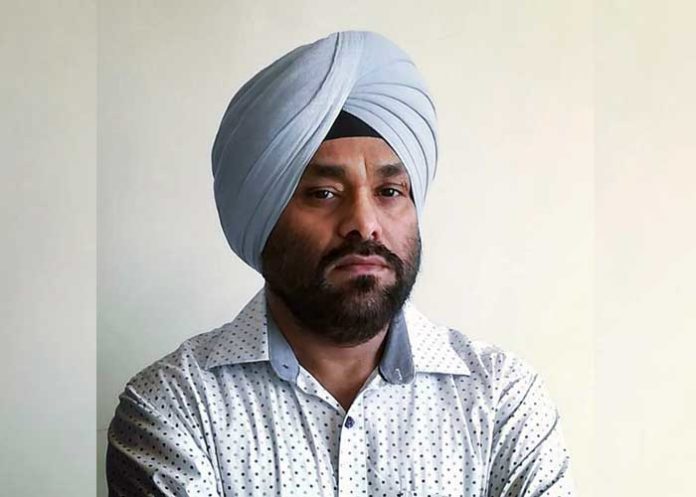 Great care has to be exercised in dealing with cases where a person claims to be a Scheduled Caste because of the nature of the affirmative action which entails with that section of people.

Citing the growing instances of fake caste certificates being generated by ‘general category’ individuals to gain admission in schools, colleges and gain jobs which are reserved for the Scheduled castes community, Paramjit Singh Kainth, President, National Scheduled Castes Alliance today convened a meeting at Shri Guru Ravidas Bhawan Patiala, blaming the state government led by Captain Amrinder Singh and his cabinet for not being diligent enough in investigating and prosecuting the violators of the rights of the scheduled castes community.

Criticizing the role of the government in being unable to solve the growing crisis of atrocities on the scheduled castes community, Mr. Kainth gave the example of the ‘Alampur’ case where 3 persons belonging to ‘Rajput’ community, forged fake Scheduled castes certificate to gain reservation, a case which has been confirmed as being true but the violators are yet to be punished for their crime.

“This case is just a minor example of a horde of other similar cases where people have forged fake certificates to gain employment in government jobs and most prominently in Punjab where these fake certificates allow an individual in the village to contest elections from a reserved panchayat seat and also misuse these documents to gain 1/3rd shamlat land reserved exclusively for the scheduled castes community.” said Kainth.

Kainth said, “The Government instructions provide that an appointing authority should verify the caste status of SC/ST/OBC candidates at the time of initial appointment. They also provide that if a person has secured appointment on the basis of a false certificate, he should not be retained in service.

In addition, the Government may also prosecute such a person. In Punjab, the government under Capt. Amrinder Singh seems to protect such violators as no actions has been initiated by the regime to investigate and prosecute such cases, the cabinet ministers as well as the elected MLAs of different parties belonging to the scheduled castes community are muted in their responses to such cases, which begs to highlight the question of if the scheduled castes community and its interests are safe under the current government?”

In the meeting, issue of officers investigating cases of fake caste certificates in the Department of Social Justice and Empowerment and Minorities being harassed by the political elites and people in the congress government to lay off any further investigations was also highlighted. Mr. Kainth was vocal about the involvement of politicians and government officials in the scam, being the primary reason for such discrepancies in the prosecution of the guilty people.

The meeting was a formal initiation of a campaign against the injustices against the scheduled castes community, Mr. Kainth further advised the government to setup a ‘Vigilance Monitoring Committee’ which shall take note of employment scams in such cases and also put in place strict monitoring mechanisms to review applications for caste certificates, punishing those who indulge in forging the documents including the applicants as well as the officers involved.

He also urged the Ministry of Personnel, Public Grievances and Pensions in the central government to also look into the matter.