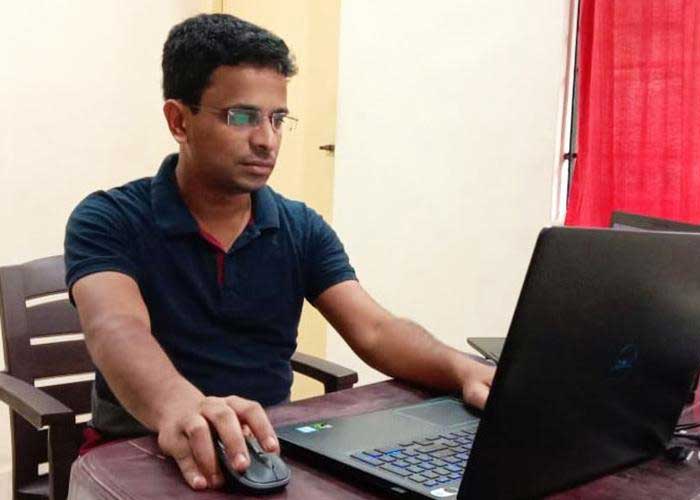 His Facebook introduction states, “Nobody knows me”. It may be a philosophical statement.

For he was the person who first spotted the debris of India’s moon lander Vikram on the lunar surface after it crash landed on September 7, 2019.

The US space agency National Aeronautics and Space Administration (NASA) has credited him for discovering the debris of Vikram.

Feeling happy, Subramanian told: “Since my school days, I was interested in space and rocket launches. I never missed out watching an Indian rocket launch on Doordarshan. I have seen most of the launches of PSLV and GSLV.”

Subramanian said he got very much interested in the Chandrayaan-2 mission as the media wrote about it extensively.

When India’s moon lander Vikram crashed into the lunar surface and was not traceable, Subramanian got interested to check out whether he could find it.

And he succeeded in that mission.

On Tuesday, his Facebook friends erupted in joy and congratulated him after he posted a message that NASA has credited him for finding Vikram lander.

Since Sept 7, the Indian as well as the global space community were wondering as to the fate of Vikram as there was no trace of it.

ALSO READ: ‘Spotting Vikram on moon was a challenge when NASA couldn’t’

However, space enthusiast Subramanian pored over the images that the US space agency NASA’s Lunar Reconnissance Orbital (LRO) Camera released to the public.

Comparing the images of the lunar surface before and after Sept 7, Subramanian found some disturbances and differences.

“Is this Vikram lander — (1 km from the landing spot)?” It might have been buried in Lunar sand?” he had tweeted on Oct 3 and tagged Indian space agency Indian Space Research Organisation (ISRO) and NASA.

Subsequently, on Nov 17 Subramanian also saw two pictures of the lunar surface and said: “This might be Vikram lander’s crash site (Latitude: 70.8552 Longitude: 21.71233 ) & the ejector that was thrown out of it might have landed over here.”

He had tweeted the pictures of lunar surface taken on July 16th and the one taken on Sept 17.

A bright student from school days, Subramanian had scored 91 per cent in plus two and 90 per cent in his 10th standard matriculation stream.

“Even though I was interested in space, I felt only through IT (information technology) one can change people’s life and decided to get into this field,” Subramanian said.

After his graduation, he joined IT company Cognizant and later moved over to Lennox India.

Subramanian has a sister and his father retired as a government employee while is mother is a professor in a college.  (Agency)