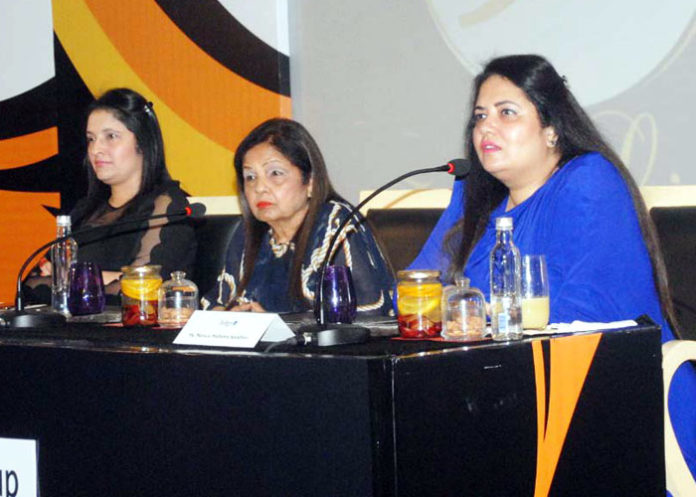 Founder’s Day is the most awaited annual celebration for every member of MBD family. This year it marks the 74th birth anniversary of our Founder, Shri Ashok Kumar Malhotra–an exemplar for business and society. Every year on 10 July MBD ians renew their pledge to pursue his vision and values.

The theme of MBD Group’s 9th Founder’s Day is “Touching Lives” as our founder believed in empowering rather than charity which he passed on to us with his legacy.

Shri Ashok Kumar Malhotra started working at the family book shop, ‘Malhotra Book Depot’, while he was still in school. A first-generation entrepreneur who embarked on his journey of books at the tender age of 13, he authored and published General Education, his first book, with an initial seed capital of Rs. 1 lakh.

He was a judicious amalgamation of grit and dedication, who believed in his dreams and lived them.

Under his guidance and able leadership, MBD Group has phenomenally grown in the six decades of its existence, not only in the field of education but also in hospitality, retail developments and much more.

Malhotra Ji was a visionary who encouraged MBD ians to be brilliant, set new benchmarks and strive to transform for building a better society. A keen innovator, he always remained focused on people-centric growth, right access and opportunities. His notable contribution towards betterment of society always kept him in the spotlight.

On this occasion Mrs. Satish Bala Malhotra, Chairperson–MBD Group, said, “We at MBD
Group always believe in leveraging the brand legacy that Malhotra Ji has created as this
provides credibility and legitimacy to Group’s initiatives.

He strongly believed in equality and made conscientious efforts towards the empowerment of the less privileged. MBD Group makes a meaningful contribution to the society within which we live and work. From the cause of education for disadvantaged children to training teachers in schools, philanthropic endeavours by Ashok Malhotra Charitable Trust are unique and truly special.”

We are truly passionate about undertaking initiatives for betterment of the society and environment. This year, we carried out activities related to education, scholarships, cleanliness drives, mid-day meals, skill trainings and much more that helps in making the community a better place to live in.

Ms. Sonica Malhotra, JMD–MBD Group, said, “We aim to inspire excellence, make a world of difference and maintain the leadership position. My father always had a strong emotional connect with society and helping the needy was his natural duty. As per him when we have great inspiration from the people around us we have no excuse to overlook or ignore the
people and their needs.

Initiated by Ashok Malhotra Charitable Trust, ‘Touching Lives’ is an initiative that focuses on quality education, merit scholarships, training and skill development etc. on pan India basis revolving around his philosophy of giving back to the society and help the needy in all possible ways.“

Shri Ashok Kumar Malhotra had the vision and courage of empowering people. Philanthropy was no different from his approach to business. He refused to “dole out charity cheques” merely to appease his conscience; he wanted to make a real difference for the good of the wider community. MBD Group has been focusing on helping the immediate community while some projects have a wider scope and include environmental issues.

MBDians form a tapestry of stories under “Touching Lives” as we truly believe that we have a moral duty towards our fellow beings. We look forward to achieving new milestones in
improving the lives of as many people as we can, in as many ways as we can. We also
understand the importance of having a part to play in creating a more sustainable future.

Under My Best Deeds, the CSR initiative by Ashok Malhotra Charitable Trust, MBD Group has contributed and raised awareness about a number of causes pan India, revolving around his philosophy of compassion, giving back to society in all possible ways across multiple businesses.

At MBD Group, we believe that we have much to be grateful for, so it is our moral duty to help the less fortunate. Keeping this thing in mind we have launched an initiative to touch nine lives with the belief that the smallest of good deeds can ignite change and positively impact the lives of our valuable employees by providing a renewed sense of hope.

1. Mr. P Gan Pati has been working as an ink man in the production department since 1st
January 2001. He suffered from a kidney failure around six months back and since then he has not been able to join office. He is under dialysis process and is the only earning member of his family. His son is currently pursuing MCS and under this initiative we have extended financial support to his son to complete his education.

2. Mr. Nilesh Odewala was working in Mumbai as a senior sales executive when he succumbed to cancer. He is survived by his wife and three children. His wife is the sole bread winner of the family. She was finding it difficult to afford her daughter’s education who is in the 3rd year of medical college. MBD has always been committed to the cause of supporting the girl child and hence we are supporting the young girl to complete her medical education.

3. We have many employees who are specially-abled, Mohd. Nadeeem is one such employee. He had previously been working on daily wages but around two years back he was taken as a regular employee. He is the only earning member in his family that comprises of his wife, his old parents, and a child named Habib who studies in class 4th. Habib is a bright student and he had also been awarded the Ashok Kumar Malhotra Scholarship in 2017 and 2018. MBD Group is sponsoring Habib’s one year of education.

4. Mr. Basgeet Ram has given 30 years of his valuable service to our company and unfortunately in 1997 he lost one of his arms. He has nine family members to support and will be retiring in three years. Under this initiative we have extended financial support for the education of his son.

5. Mr. Jagdev Singh who was working as a helper with MBD passed away in 2018 due to a heart attack. He is survived by his wife, a daughter who is studying in class X and a son studying in class V. The family has no source of income. His wife is a 12th pass-out. She was looking for a job to support her family. MBD is helping her to become employable by providing her computer training.

6. Mr. Parkash Chand was working with MBD Group as a driver till his death in September 2018. He is survived by his wife Deepa, and three children. His eldest son has recently completed his schooling. MBD is helping him to acquire computer training to increase the chances of his employability.

7. Another old employee, Mr. Sham Lal lost his arm in a mishap. He has a son who is a 1st Year student in BA programme and a daughter who is in 11th standard. As he is the sole earning member of the family, he wasn’t able to support his son’s education. MBD is helping him to finance son’s education.

8. Mr. Narotam Sharma was employed at MBD Group as an office coordinator till December
2018. He is currently working with a small firm where he is earning just about enough to
support his family’s basic needs. He is unable to pay for his daughter’s education, who is
studying in MCA final year. MBD is helping him by funding his daughter’s education.

9. Seema is working as a peon with MBD Group since 2006. She has 4 children and she is the only earning member in her family. She has also been supporting her niece’s education who is studying in BA 1st year. Under this initiative we have provided financial support for the higher education of her niece.

One of the leading education companies in India with over six decades of experience, since
1956, MBD Group-guided by the futuristic vision of their Founder, Shri Ashok Kumar Malhotra has diversified into various industries including E-Learning, Stationery, M-Learning, Skill Development, Capacity Building Programmes, Eco-Friendly Notebooks, Paper Manufacturing, ICT Infrastructure, Hospitality, Real Estate, Mall Development and Management. The Group has presence in various countries including the UK, Middle East, South Africa and Sri Lanka.