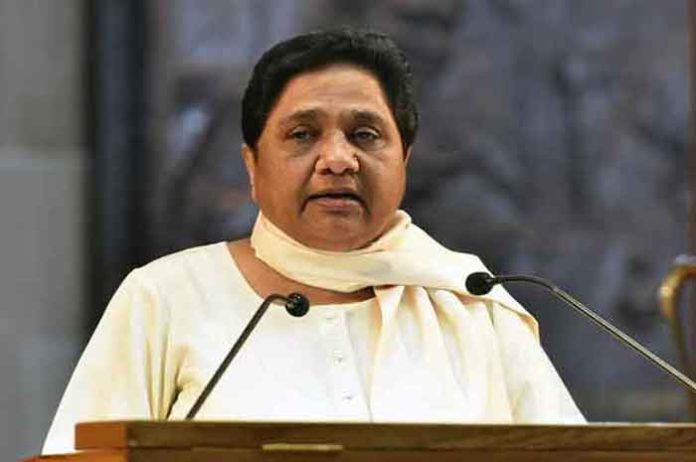 BSP president Mayawati has demanded stern action against Subrat Pathak, the BJP MP from Kannauj, for his involvement in a case of assault against a Dalit tehsildar.

In a statement, Mayawati has urged UP chief minister Yogi Adityanath to intervene in the matter and ensure action against the accused MP.

The BJP MP Subrat Pathak, accompanied by 20 to 25 men, had allegedly broken into the house of the tehsildar, Arvind Kumar, on Monday and had assaulted him over the distribution of ration to people mentioned in a list sent by him.

Mayawati said, “The incident from Kannauj where an honest Dalit tehsildar was beaten by a BJP MP is shameful. What is more concerning is that he is still roaming scot-free instead of going to jail.”

Demanding that Adityanath look into the matter, she wrote that recurrence of such incidents must be stopped and Dalits should not be attacked in this manner.

“Stern action is needed against the MP. This is what the BSP demands,” she stated.

A case has been registered against Pathak and 25 unidentified men, and around 10 vehicles have been seized from the site of the assault.

The tehsildar had earlier said that he had explained to the MP over the phone that other senior officials were looking into the distribution of ration to people mentioned in his list. However, despite the explanation, the lawmaker abused and threatened him.

Pathak’s supporters have denied the incident, saying that they had gone only to discuss some development projects with Kumar.

A report in the matter has been filed with the District Magistrate and the Superintendent of Police.  (Agency)