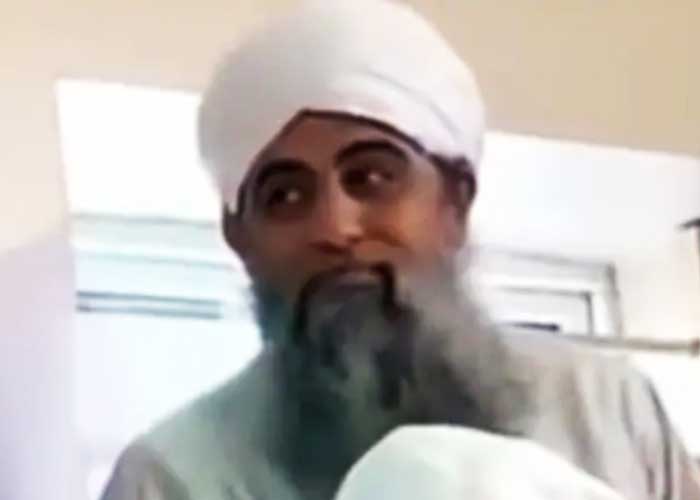 Caught in the eye of a storm over sheltering more than 2,000 religious followers in a Delhi mosque during the COVID-19 lockdown, the Amir (chief) of Tablighi Jamaat, Maulana Saad Khandhlawi has been a controversial Muslim cleric for years.

Maulana Saad who claims to have over 100 crore followers in nearly 200 countries, functions from Nizamuddin mosque, which serves as a global Markaz (centre) of Tablighi Jamaat.

Bypassing rituals and regulations of Tablighi Jamaat, Maulana Saad ignored all orders of Shura (central council) of Jamaat, and declared himself the Amir to capture the coveted seat at the Markaz Nizamuddin in November 2015 as he turned 50.

“He insulted the elders, scholars and the members of the Shura. The Amir is elected on the advice of the Shura but he (Maulana Saad) did not pay heed to any orders of the supreme council and decided on his own to take over the Jamaat,” said Maulana Idris of Shamli.

In fact Maulana Saad Khandhlawi’s family comes from Kandhla, a place near Shamli district of western Uttar Pradesh, around 80 kilometers away from Delhi.

Deemed as one of the most influential movement in Muslim world, Tablighi Jamaat was established by Maulana Muhammed Ilyas Khandlawi, the great grandfather of Maulana Saad. Tablighi Jamaat was an offshoot of Deoband movement and aims at revival of the true Islam as perceived by the Prophet Mohammed.

However under Maulana Saad’s leadership, Jamaat has been running into several controversies. After Maulana’s Saad’s self proclamation of becoming the Amir, another faction led by Maulana Mohammad Zaihairul Hasan has been opposing Saad’s leadership. Both factions are still at loggerheads.

Well known Islamic university Darul Uloom Deoband, the seat of Sunni Deoband movement, is also not happy with Maulana Saad’s style of functioning including his teachings for the past three years.

Darul Uloom went to the extent of issuing a fatwa against Maulana Saad for his controversial interpretation of verses of holy Quran. Some leading Maulanas of the Sunni sect also seem to be unhappy with Maulana Saad’s provocative statements. In a leaked audio tape of Maulana Saad which went viral on social media recently, some portions of his speech are highly objectionable.

Meanwhile, Delhi Police has registered a case against Maulana Saad, under Epidemic Disease Act and Indian Penal Code for violating government orders and holding a huge religious gathering while ignoring the dreaded spread of pandemic in the country.

“Our officers including the Station House Officer of Nizamuddin police station had repeatedly requested Maulana Sahab to disperse the crowd which has assembled in the six-storey mosque building of the Markaz…but he did not budge. It’s unfortunate that all talks failed to convince him,” said an IPS officer of Delhi Police.

Finally National Security Advisor Ajit Doval had to intervene to find a way out. On the night of March 27-28, Doval reached Markaz and finally convinced Maulana Saad to get the occupants tested for COVID-19 and be quarantined.

But by that time it was too late, as many foreign devotees who assembled at the Markaz had spread the viral infection. Subsequent dispersal of followers to their hometowns spread across the country added more fuel to the fire in spreading the virus.  (Agency)