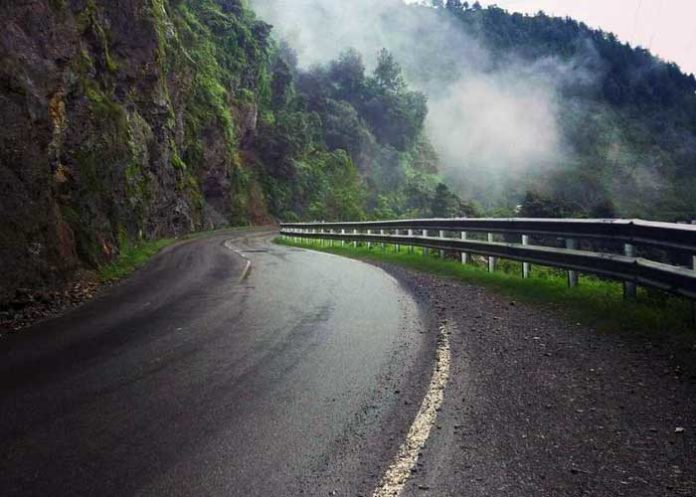 Massive mudslides hit the Chandigarh-Shimla national highway between Parwanoo and Solan towns in Himachal Pradesh on Saturday owing to heavy overnight rains, that led to traffic snarls and posed a serious threat to motorists.

The movement of traffic was hampered almost throughout the day due to massive landslides along the highway in Solan district.

Motorists said the maximum landslips were on a 30-km stretch between Parwanoo and Kumarhatti, where over 20 km was either damaged or piled with boulders and muck.

They said the falling debris threatens their safety while travelling through this stretch that has been excavated recently for highway widening.

The executing agency – National Highways Authority of India (NHAI) – for the project which aims to cut the travel time between Chandigarh and Himachal capital Shimla by shortening the distance by 17 kms — cleared the road from of boulders and mud.

The entire stretch from Parwanoo to Solan towns has become a permanent landslide zone particularly Chakki ka Mor. The risk of driving is aggravated after dusk, said motorist Deepak Nayyar.

He said there were frequent incidents of landslips and falling rocks hitting moving vehicles owing to fragile and loose strata with vertical cutting of the hills for the expansion of the highway.

“Most of these mountain slopes are of sedimentary formation and have become destabilised with the reckless cutting by heavy earth-moving machinery. The loose and naked boulders with muck will continue to roll down on the highway for eight to 10 years more,” former state geologist Arun Sharma told.

“On the Parwanoo to Solan stretch, most of the hill cutting was done largely vertically than horizontally. At some points, large-scale vertical cutting was carried out,” added Sharma, a member of the Environment Ministry’s State Expert Appraisal Committee to assess projects.

Union Transport Minister Nitin Gadkari informed the Rajya Sabha on July 8 that the work on four-laning of the stretch between Parwanoo and Solan would be completed within the next six to eight months as the bottlenecks have been removed.

He said the project was being undertaken at a cost of Rs 750 crore and almost 75 per cent of the work has been completed.