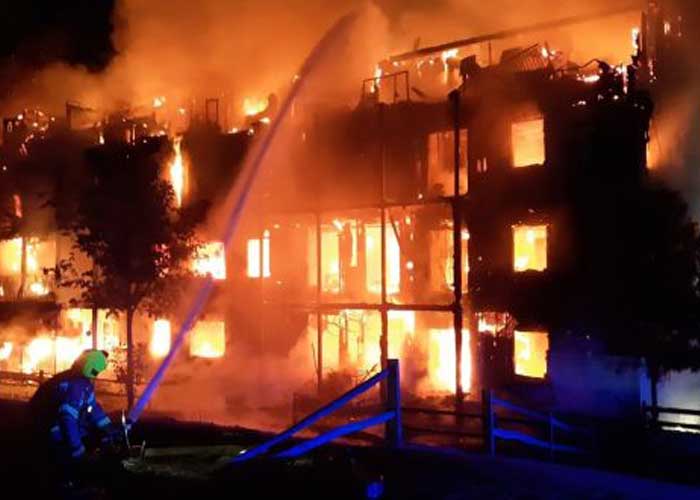 About 125 firefighters on Monday tackled a major blaze at a block of flats in south-west London.

The fire quickly spread to all four floors of the building in Sherbrooke Way, Worcester Park, after fire crews were called just before 1.30 a.m. on Monday, the BBC reported.

Some 20 fire engines were at the scene, the London Fire Brigade (LFB) said.

The cause of the fire is not yet known and no injuries have been reported.

The fire was brought under control at 6.30 a.m.

A resident who lives with his family on the top floor of the building, said he had lost “everything” in the blaze.

Residents from the block and surrounding buildings have been taken to a nearby community centre.  (Agency)