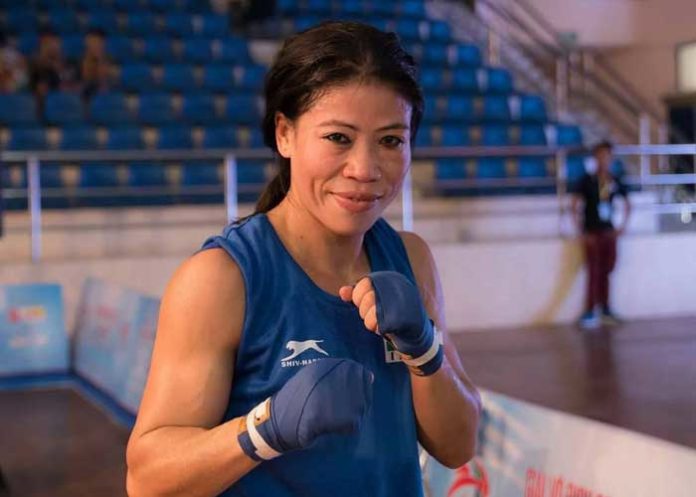 New Delhi, Sep 28 (IANS) Mary Kom has been the subject of a few negative headlines over the past few months. She has been battling her way through all of them in front of cameras and microphones but now, she is getting back in the ring, where she has managed to squat away most of the challenges that have come her way in a nearly two-decade long career.

“This tournament is very important. My category is an Olympic weight category and that’s why I have to be very focussed,” she said adding that the World Championships will help her evaluate opponents which would be crucial going into the Olympic year.

“I feel that the best way to silence the critics is with a medal. I cannot stop them from commenting on me,” Mary Kom said.

It is perhaps a way of keeping herself motivated while being in the twilight of a career that will be remembered as the one that defined the sport of boxing in the country.

Mary Kom feels that there is still a lot to be shown to those who doubted her after marriage, after she became a mother and all that has happened to her in the past two years.

However, her practical reason for not holding back at the Worlds, despite its status as an Olympic qualifying event being stripped, is crystal clear.

“Every World Championship is important. This one is more important because the qualification is coming. Most of the boxers in the 51kg category are fighting in this, so I will get to know who is stronger than me and accordingly I can make plans,” she said.

The Boxing Federation of India (BFI) has already stated that pugilists who win gold and silver at the women’s World’s will get an automatic spot at the Olympic qualifiers coming up next year.

Mary Kom’s six gold medals at the Worlds have come in the 48kg weight category. This time however, she will be fighting in 51kg, as 48kg category has been dropped from the Olympics. However, this is not a new weight category for her and she feels that she has not had to make any major changes to her routine.

“I have been training with girls who are stronger and taller than me. This is not the first time for me in the 51kg. I have won gold at the 2014 Asian Games and bronze in 2018 in that weight category,” she said.

However, she is stopping herself from thinking that the weight class is easier for her now.

“I cannot say if it is easier now or not. I can say for sure only inside the ring. There are so many strategies that the opponent can apply. If I am immediately able to understand it, then easy. Or else, it is a doubtful whether I will win or not,” she said.  (Agency)