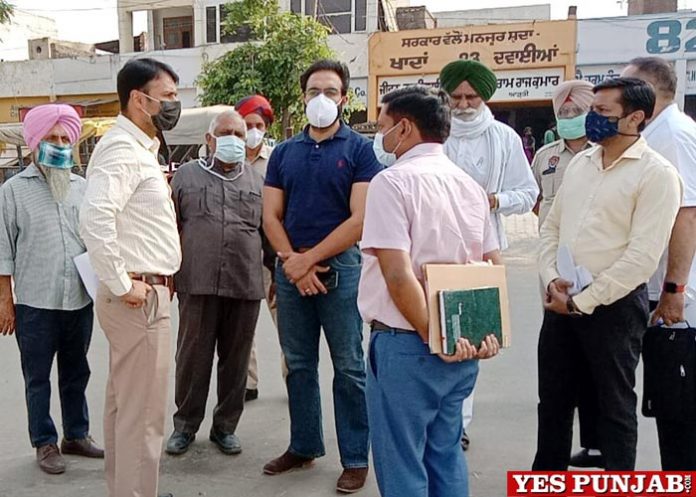 He said that the temporary shortage of gunny bags was due to the sudden arrival of wheat in the mandis for which arrangements have been made to arrange the additional quantity from the adjoining districts.

He said that about 45 percent of the crop had already arrived in Rajpura Mandi and considering the pace of arrival, it was estimated that the procurement in the mandi would be completed in next ten days.

Reiterating the commitment of Punjab Government towards well being of farmers, he said that during the wheat procurement season, state government would not allow them to face any difficulty and every grain of farmers would be lifted smoothly. He said that even the initial hiccups due to the sudden arrival of the crop would be overcome in the next one or two days.

Responding to queries from the media, he said that emphasis was being laid on expediting the lifting of the crop, procured in the mandis so that there was no glut in the mandis.

M D Markfed said that requisite arrangements have been made for sanitation and drinking water in the mandis, including hand washing, to prevent the COVID-19 pandemic.

He appealed to the farmers to bring only dry wheat in the mandis so that they do not have to wait. On this occasion, SDM Rajpura Khushdil Singh, DM Markfed Vipan Singla and other officers and staff were also present.