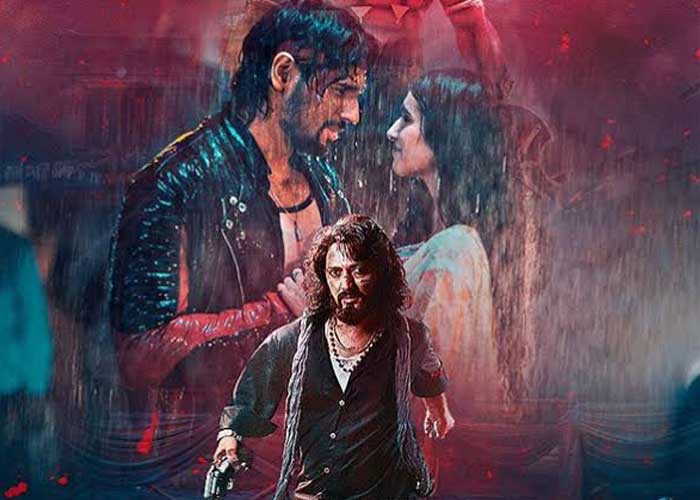 “Marjaavaan” was made with the primary intention of reprising the success of “Ek Villain” for Sidharth Malhotra and Riteish Deshmukh. The two actors have been struggling to survive new Bollywood lately, so they have gone old school with a vengeance. “Marjaavaan” reloads eighties style violence and melodrama, unleashing the combo for a loud potboiler impact.

For obvious reason, the onus of unloading this all-out formula bag on the audience’s senses falls on writer-director Milap Zaveri who, in a short span of time, has established his status as Bollywood’s go-to guy if the loud action-melodrama cocktail is what you’re looking to serve. If Zaveri used the retro mayhem mantra to sell ‘deshbhakti’ in his last film, “Satyamev Jayate”, this time the formula is employed to carry forward a tale of mush.

Zaveri does that keeping the template of “Ek Villain” intact. Sidharth, as the protagonist, is a bad boy with a heart of gold. Riteish, as the antagonist, is packaged as slightly ‘hatke’ from Hindi mainstream’s assembly-line bunch of baddies.

In Bollywood’s (still very much) chauvinistic scheme of things, when it comes to adding novelty to a set-up that has already been tried, the casualty is normally the heroine. So, while Riteish and Sidharth get to keep their jobs in yet another love story laced with violence, Shraddha Kapoor of “Ek Villain” makes way for budding Bollywood beauty Tara Sutaria in “Marjaavaan”.

Like “Ek Villain”, too, a big factor of “Marjaavaan” is its music (the film boasts of three composers: Payal Dev, Tanishk Bagchi, and Meet Bros.). You spot a couple of hummable songs in the soundtrack, besides the mandatory remix dance number manufactured for Bollywood’s current item gig queen, Nora Fatehi.

Like most of eighties commercial Hindi cinema, Zaveri’s script is an excuse to play out the songs, action, melodrama and bizarre dialogues. Sidharth and Tara are Raghu and Zoya, a local goon and the verbally-challenged girl of his dreams.

Riteish Deshmukh is Vishnu the midget, son of Raghu’s gangster boss (Nasser). Vishnu hates Raghu because the latter has his father’s trust. Twist in the tale (if you can call it so) happens when Vishnu kills Zoya. Now Raghu guns for revenge.

In Milap Zaveri’s world, every twist in the tale is always an excuse to let the narrative go over the top. Post his sex-com misadventure with the Sunny Leone-starrer “Mastizaade”, the writer-filmmaker realised his mojo lay in peddling heightened drama. Also, novelty in storytelling is evidently never important for Zaveri. Larger-than-life gimmicks soaked in old-style masala matters more.

In “Marjaavaan”, a big part of the larger-than-life drama kicks with the midget Vishnu. Which in turn means Riteish Deshmukh gets to play out the villain of the piece with filmi swag. While it is not a memorable role, it has impact enough to obliterate the fact that the film actually has nothing to offer.

Tara Sutaria tries to add an element of mystique with her eyes, as the girl who cannot speak, but a lack of imaginative scripting reduces her role to a dumb protagonist. Zoya is mostly trapped in cliches and, literally and otherwise, Tara in her second release finds no voice to assert her stardom or talent.

For Sidharth Malhotra, “Marjaavaan” points at a basic problem. He does a functional job portraying Raghu but his very average screen presence is not enough to pull off the dated gimmicks he gets to play out.

The fact that Sidharth and Tara as Raghu and Zoya share near-zero chemistry does not really help matters either.

Milap Zaveri has just served a very messed-up tribute to the Bollywood entertainers of yore. Come to think, that does not really work as ideal endorsement of the now-defunct masala genre for GenNow viewers.