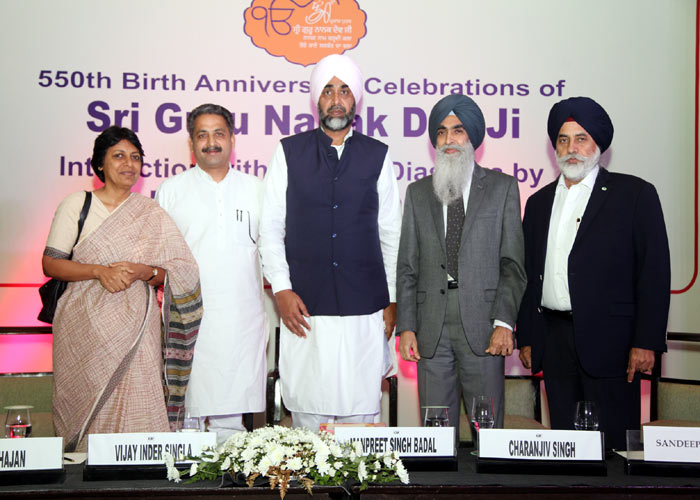 He also said that the Punjab Government under the leadership of the Chief Minister Captain Amarinder Singh has chalked out a comprehensive roadmap of the programs to ensure that the celebrations turn into memorable ones and the Punjabi diaspora is openly invited to partake Guru Sahib’s blessings.

Mr. Badal also said that he has come to invite the members of the Punjabi diaspora of Bengaluru as part of the program chalked out by the Punjab Government to invite the entire ‘Nanak Naam Leva Sangat’ spread across the globe.

He also divulged that earlier, the Chief Minister Captain Amarinder Singh was to come to extend the invitation but owing to the flood situation in Punjab, he is personally monitoring the relief operations. The minister further said that the pious occasion calls for propagation of the ideology of Universal Brotherhood all around the world and the State Government would leave no stone unturned to achieve this purpose.

Divulging more, he said that the Punjab Government is undertaking development centric projects worth Rs. 3300 Crore at a rapid pace for the strengthening of the infrastructure in the cities closely connected with Guru Sahib, such as Sultanpur Lodhi, Batala and Dera Baba Nanak besides spending Rs. 50 lakh per village for the development of 70 villages graced by the ‘Charan Chhoh’ of Guru Sahib. The State Government is also in the process to plant 550 saplings in every village of Punjab.

Earlier, the PWD and School Education Minister, Punjab, Mr. Vijayinder Singla welcomed the members of the Punjabi diaspora and said that the biggest gift during the Parkash Purb celebrations would be the opening of Sri Kartarpur Sahib Corridor which would fulfill the long held wish of the sangat. He further said that the Punjab Government is organizing programs with the active cooperation of the entire ‘Nanak Naam Leva Sangat’.

Divulging more, he added that an institute of inter faith studies would be set up at Guru Nanak Dev University, Amritsar at a cost of Rs. 510 crores. Besides, a heritage village ‘Pind Babe Nanak Da’ at Sultanpur Lodhi is also coming up.

Taking the trip down the memory lane, the minister said that he had studied for his B. Tech degree in Bengaluru and it’s an emotional moment for him. He exhorted the entire Punjabi diaspora to come to Punjab during the Parkash Purb celebrations.

On the occasion, former IAS officer of Karnataka Mr. Chiranjeev Singh while representing the Punjabi diaspora, praised the endeavour of the Punjab Government and said that such sacred occasions are best celebrated in the spirit of mutual cooperation. He also said that Sri Guru Nanak Dev Ji was not the Guru of Sikhs only but the entire humanity and he is revered as ‘Jagat Guru’.

In his address, Additional Chief Secretary, Industries and Commerce, Punjab, and Invest Punjab Mrs. Vini Mahajan said that the purpose of today’s function was both to invite the Punjabi diaspora of Karnataka as well as solicit their suggestions with regard to the celebrations.

The Director, Tourism and Cultural Affairs, Punjab, Mr. Malwinder Singh Jaggi through a power point presentation apprised the dignitaries about the various infrastructural projects, functions to be held during the Parkash Purb celebrations and the other aspects such as tented city to accommodate the sangat, facilities regarding Langar, and water.

COVID-19 pandemic “once in a century”, but still “in our hands”: WHO 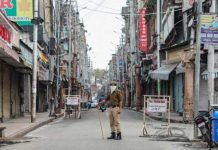 Two-day curfew in Kashmir ahead of Aug 5 anniversary