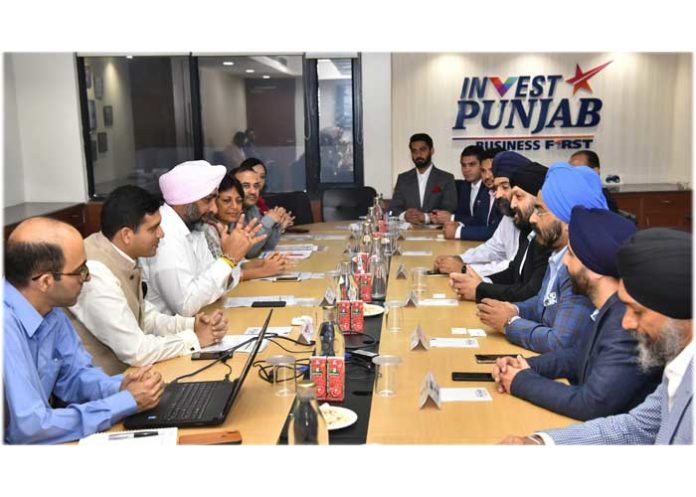 The Punjab Finance Minister Manpreet Singh Badal has exuded confidence that state was on the threshold of development owing to the formidable foundation laid by the Captain Amarinder Singh Government in the last two and half years.

Punjab would soon emerge as the most favoured investment destination which will transform the state’s destiny and would positively impact the lives of its citizens, the Finance Minister said.

Interacting with a group of visiting entrepreneurs with roots in Punjab here at Udyog Bhawan yesterday evening, the Finance Minister said Punjab had taken huge strides in both traditional as well as IT and ITES sectors.

The state was on a right path and all set to leverage the good work done, the Finance Minister said adding that the investor friendly policies had already firmed up investments worth Rs. 50,000 Crores since we took over in March, 2017.

Highly appreciating the state endeavour for ensuring ease of doing business, the delegation expressed hope that this would lead in augmenting a fresh wave of investments in Punjab.

Earlier welcoming the delegation, ACS Investment Promotion Vini Mahajan said that it was high time to go for industrialization in a big way as Punjab’s traditional agriculture economy had already reached a pleateau. She said efforts were afoot to propel industrial growth in the state as the enterprising youth coupled with congenial atmosphere was a redeeming factor to transform the conventional agriculture into high tech value added agro industry.

In a brief presentation, CEO Invest Punjab Rajat Aggarwal outlined various facets of state’s industry from manufacturing to high end industry. He listed out major achievements of Invest Punjab besides encouraging distinct incentives/concessions beign offered by the state government to the prospective investors.