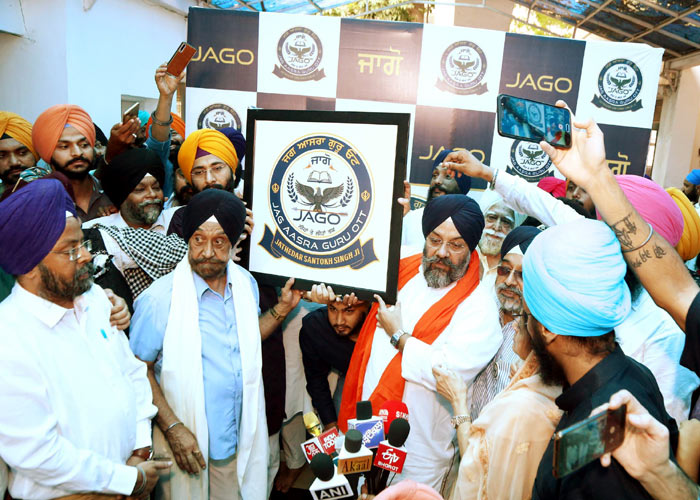 Manjit Singh GK, the former president of SAD Badal Delhi and a former Chief of DSGMC today announced the launching of his new Panthic Outfit.

The new party will be known as JAGO. The full name of the party is ‘Jag Aasra Guru Ott’ (Jathedar Santokh Singh).

The announcement was made at a ‘Samagam’ in a Delhi Gurudwara. The GK camp claimed that e-4 thousand people attending the launching ceremony.

Flanked by his supporters and the sangat GK also released the logo of his new party.

It is pertinent to mention here that GK had developed differences with SAD president Sukhbir Singh Badal and SAD Delhi leader Manjinder Singh Sirsa after which he quit the party but not before attacking the leadership particularly on the issues of granting pardon to Sirsa Dera Chief Gurmit Ram Rahim and party’s failure to grant justice in Bargari sacrilege, Behbal Kalan and Kotkapura firing cases.