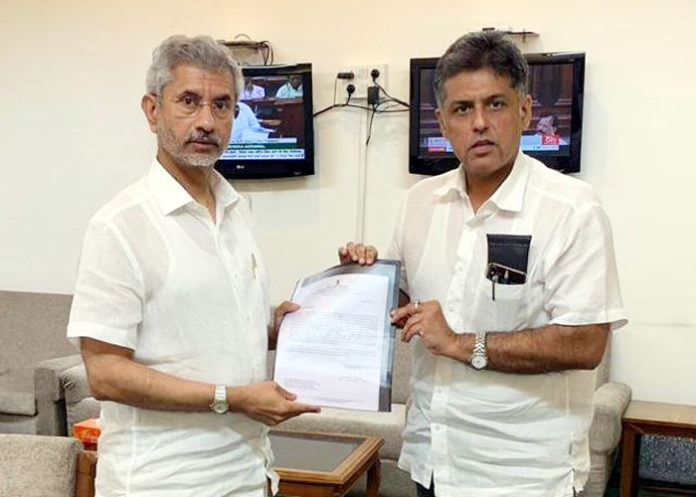 Sri Anandpur Sahab MP Manish Tewari today urged the External Affairs Minister S Jaishankar for setting up a Regional Passport Office at Nawan Shahr to cater to the demands of a large population in his constituency.

Tewari met the minister in New Delhi today and submitted a representation to him on the issue.

He said, the areas of Garhshankar, Nawan Shahr, Banga, Balachaur and Anandpur Sahib that fall under his parliamentary constituency of Anandpur Sahib have a large NRI population.

“The NRI population in my constituency totals to approximately 20 Lakh and these NRIs are living in various parts of the world”, he said, while adding, these NRIs along with their families have to endure great hardships because they have to go all the way to Jalandhar to get their passports issued or updated.

“The sheer number of NRIs that require passport services in Garhshankar, Nawan Shahr, Banga, Balachaur and Anandpur Sahib, along with the inconvenience that they have to endure while travelling to Jalandhar to avail of these services highlights the need for a Regional Passport Office in this area”, he said in the representation to the minister.

Urging the minister to consider the plea of a Regional Passport Office in Nawan Shahr or the adjoining areas, he said, it will service people of the region and will make the entire exercise of getting a passport issued or updated much simpler.