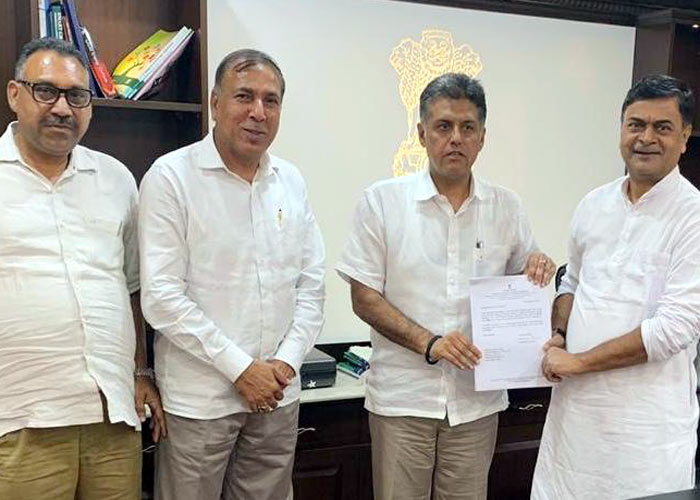 Tewari stressed upon the union power minister that people residing in these properties for last six-seven decades should be given the ownership rights as there was no point in keeping these properties continuously on lease.

He told the union minister that the lease holders living in these properties were not able to repair or renovate these for decades. He said, it has been a long pending demand of the residents that they should be given ownership rights over these properties.

The MP said, the lease properties were spread over several acres of land. The area was not being properly maintained since it had turned virtually into a no man’s land with neither the BBMB nor the local authorities were taking any interest in its development.

The minister assured Tewari that he will get the matter examined and hoped that the long pending issue may be resolved soon.

Punjab Vidhan Sabha Speaker Rana KP Singh, who represents Nangal was also supposed to accompany the delegation but could not join due to some urgent engagements.