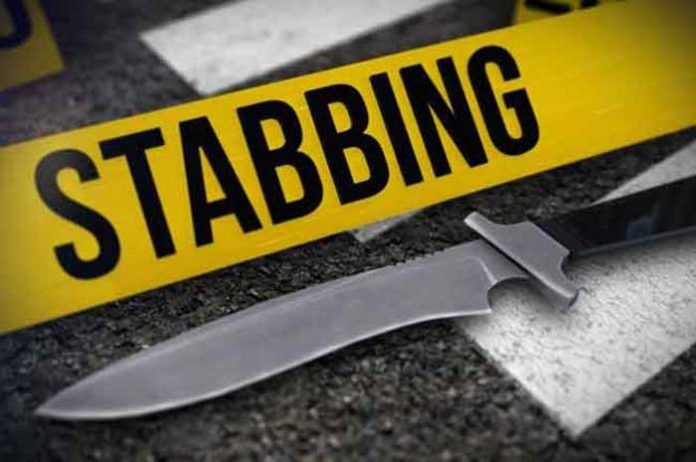 A 20-year-old was allegedly stabbed to death after intervening in a couple’s fight in south Delhi, police said on Saturday.

Police have arrested the accused in the case.

According to the police, the deceased identified as Sanjeev Pandey, a part time security guard who also worked at a tea shop, was allegedly stabbed twice in the chest and thigh by the accused identified as Jitin Bora, a housekeeping staff.

Police said that Pandey lived with his cousin, Ajit in Zamrudpur area near Greater Kailash while Bora lives with his wife Rukmani Devi and nine-year-old child in the adjacent room.

Devi worked as a domestic help in various bungalows in Greater Kailash while Bora was a housekeeping staff at a farmhouse in Mehrauli, the police said.

“We received a police control room call around 2 a.m. regarding a man becoming unconscious due to bleeding in Zamrudpur area. A team reached the spot and got to know that Pandey was rushed to AIIMS Trauma Centre where he was declared brought dead,” said Deputy commissioner of police (south) Vijay Kumar.

During initial investigation, it came to light that Ajit and Pandey were in their room when Bora and Devi started quarrelling over some domestic issue.

“Pandey intervened in the quarrel but they were soon pacified so he returned to his room. Within a few minutes, Bora entered Pandey’s room with a knife and stabbed him in his chest and thigh. Pandey collapsed on the floor meanwhile Bora fled from the spot. He was rushed to the hospital by the neighbours,” said a senior police officer.

Police arrested Bora from his friend’s home in Zamrudpur.  (Agency)