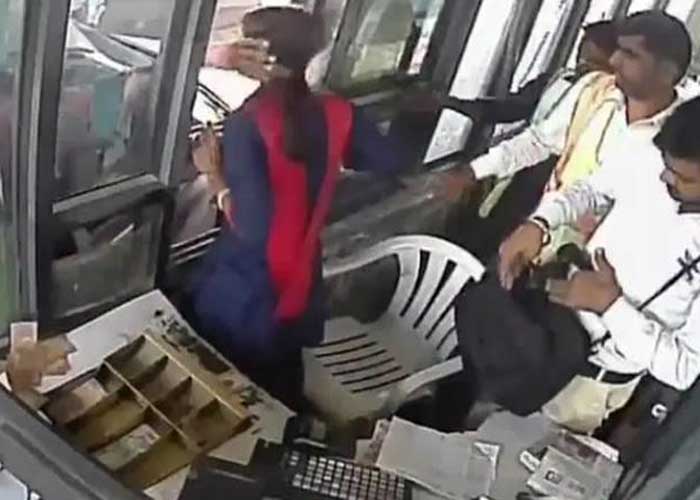 A 23-year-old youth allegedly assaulted and molested a woman toll operator at Gurugram’s Kherkidhaula plaza, an official said on Thursday.

The incident occurred at 10.45 a.m. when accused Rahul, a resident of Shikohpur village, was crossing the toll plaza.

“The accused was in lane number 11 and was asked to pay the toll tax. The accused responded by saying that he belonged to a village where residents have a toll exemption. But he did not provide documents (RC or driving licence) to support his claim. The woman toll operator insisted that he paid up,” said Subhash Bokan, PRO of Gurugram police.

He said this triggered an argument and in a fit of rage, the accused got out of his Alto car and beat her up. He also molested her during the scuffle and fled the spot before the security staff could reach there, said Bokan.

“Based on CCTV footage, we zeroed in on the accused and arrested him from his home,” Bokan said.   (Agency)