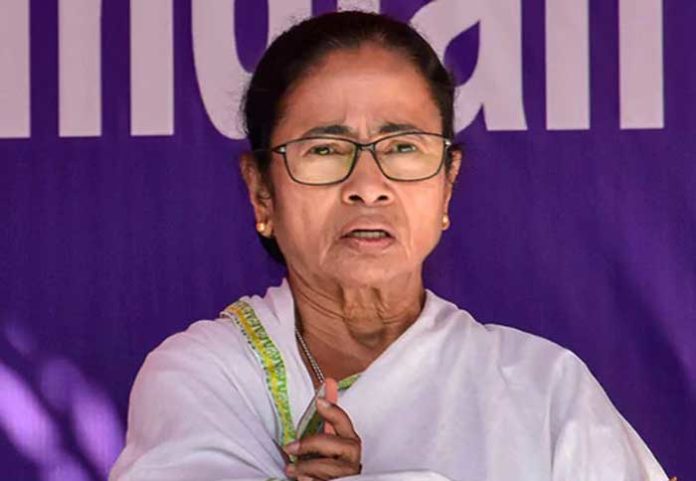 The Trinamool supremo decided to write to the Prime Minister after the Serum Institute of India (SII) said on Wednesday that its Covishield vaccine will be sold for Rs 400 per dose to the state governments and for Rs 600 to the private hospitals. The price for the same vaccine has been fixed at Rs 150 per dose for the Central government.

“I am going to write to the Prime Minister on the non-uniformity of the price of vaccines. They have set three different kinds of prices – one for the Central government, one for the state governments and one for the private facilities. This is not right.

“This is not the time to do business. It is a time when everybody should work together for the betterment of human beings,” Banerjee said in a press conference in Malda district on Wednesday evening.

The SII issued the statement on vaccine prices after the Centre allowed vaccination for all persons above the age of 18 from May 1.

The decision was announced after a meeting of Prime Minister Narendra Modi with pharma companies, doctors, Cabinet ministers in charge of health, and officials spanning multiple nodal ministries.

The Chief Minister also said that the state government has created a fund of Rs 100 crore for the purchase of vaccines from the market.

“So far we have vaccinated 93 lakh people and we have asked for another 1 crore doses from the Central government. Once they come, we will be able to vaccinate another one crore people. In that case, a lot of families will be immune to the disease,” she said.

The Chief Minister assured that presently there are 11,000 beds for Covid patients which will be increased to 13,000 soon.

“As many as 6,793 persons are admitted to different hospitals while another 51,593 are at the safe homes. There is a scarcity of oxygen, but we will be able to meet the requirement,” she said.

The Chief Minister also warned that if anyone is found hoarding vaccines, strict action will be taken against the person. (Agency)