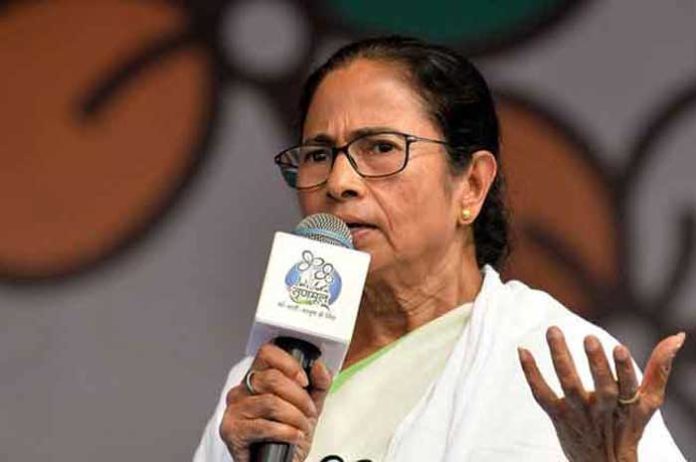 In a veiled attack at the centre, West Bengal Chief Minister Mamata Banerjee on Wednesday alleged that those who had given permission for the Tablighi Jamaat religious congregation in Delhi are now complaining about the state government not doing its duty in containing Covid-19 by quarantining the attendees.

Banerjee informed that her government has quarantined 177 people, including 108 foreigners, who attended the congregation.

“Ten to 12 days back we shifted to the quarantine centre 108 foreigners who had attended this programme. They came from Malaysia, Indonesia, Myanmar and Thailand,” she told media persons at the state secretariat Nabanna.

Banerjee said the foreigners are still there at the quarantine centre under the monitoring of the state Health Department and the administration.

“A total of 69 others from Bengal, who had attended the event, are also there. We have done this quietly. But I did not give this information earlier as governments have to maintain secrecy,” she said.

Banerjee accused a section of media of spreading wrong information about the issue without ascertaining the details.

She said both the Union Home Affairs Ministry and the External Affairs Ministry – which control the flow of foreigners in India – are under the jurisdiction of the Centre, and the states have no say in their operations.

“Lot of people Agathered at Nizamuddin because they were allowed. The foreigners were given visa, their passports got immigration clearance from the centre. If they don’t inform the state government who all have come in international flights, how do we know? We had no information.”

“But after we came to know, we took steps within six hours. And we did it quietly.”.

Banerjee also complained that some people – read BJP leaders – were talking on communal lines. “They should know that pandemic does not spread by making distinctions between Hindus, Muslims or Sikhs or Christians.”

“A pandemic does not see caste or religion,” she said.  (Agency)

ALSO READ:
It is ‘fidayeen’ attack by Jamaatis: Shia Board chief