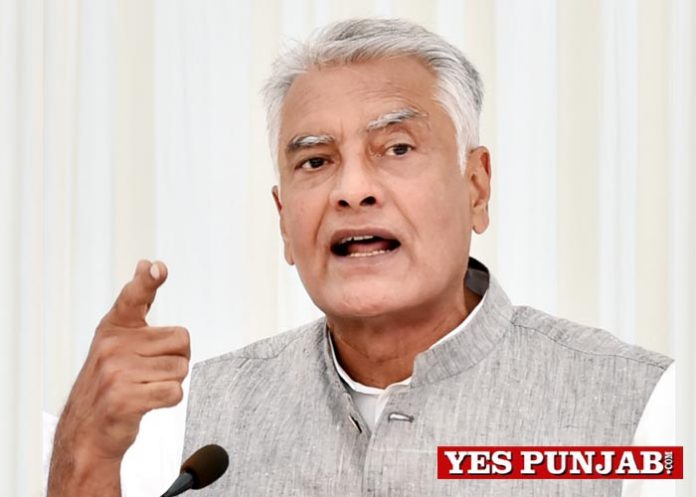 While questioning the silence of Shiromani Akali Dal’s president Sukhbir Singh Badal upon bills passed by Punjab Government to save the farmers from the provisions of draconian laws of Union Government, Punjab Pradesh Congress Committee’s president Mr. Sunil Jakhar said that it might be a part of big conspiracy as Sukhbir would be having hand in glove with BJP.

He added that this step has also shown a new way to the governments of other states. He added that by following these steps, they would also pass such types of bills in their respective Vidhan Sabhas.

Congress president also lashed out at Aam Aadmi Party and said that earlier AAP leaders supported these bills in Vidhan Sabha and hailed Chief Minister Captain Amarinder Singh’s efforts but after sometime they have started criticizing the bills as they are habitual of changing their stand on every issue.

He added that the SAD also lauded Modi government for at least three months but fearing the wrath of farmers, its leaders suddenly started stating ‘black laws’ to union government’s anti-farmer laws.

Mr. Jakhar said that Akali Dal and ‘AAP’ leaders have been repeatedly demanding declaration of open Mandi but it will harm the small traders because if the state have been declared as open mandi, then all the marginal traders will come under the purview of Mandi and other taxes.

Jakhar announced that the Congress party is also going to launch an awareness campaign on village level as Captain Amarinder Singh has shown a new way to the country because it was the major issue for the country.

Sunil Jakhar also dared BJP leaders to hold debate on union laws and said that even the union ministers could hold a debate about the provisions of these laws which will be going to harm the entire farming community.

He added that if there would be any protocol issues, then the formal invitation will be sent by the chief minister. He said though the BJP MLAs had the golden chance to put light on the union government’s laws in Vidhan Sabha but they have lost their golden opportunity.